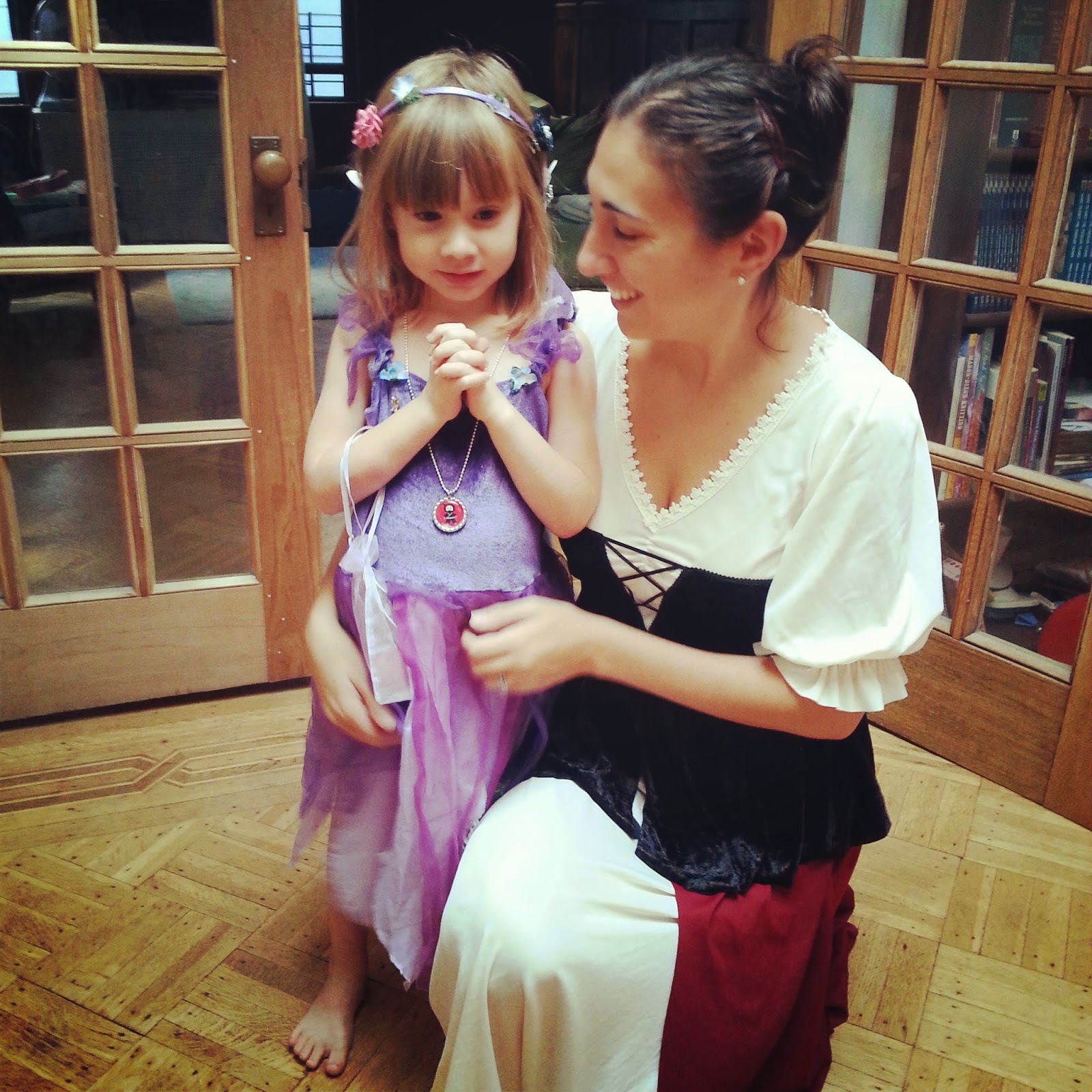 Last weekend I took Willow to the Medieval Festival at Fort Tryon Park.  Shockingly enough, it was the first time for both us.  (Well, perhaps not so shocking.  When I was in my dress-up heyday, I lived in a place that didn't have many of these sorts of events.  Or any.)

Now, this sounds super fun, and it was--it was a fantastic event.  But it inspired a rant.  You are duly forewarned. I will probably never go for it as many of the really incredible folks there did, and yet I found myself wishing I could.  And then I looked at the price tags--no, sorry, I inquired about the price, because none of the corsets I saw had prices on them, and holy bejesus. 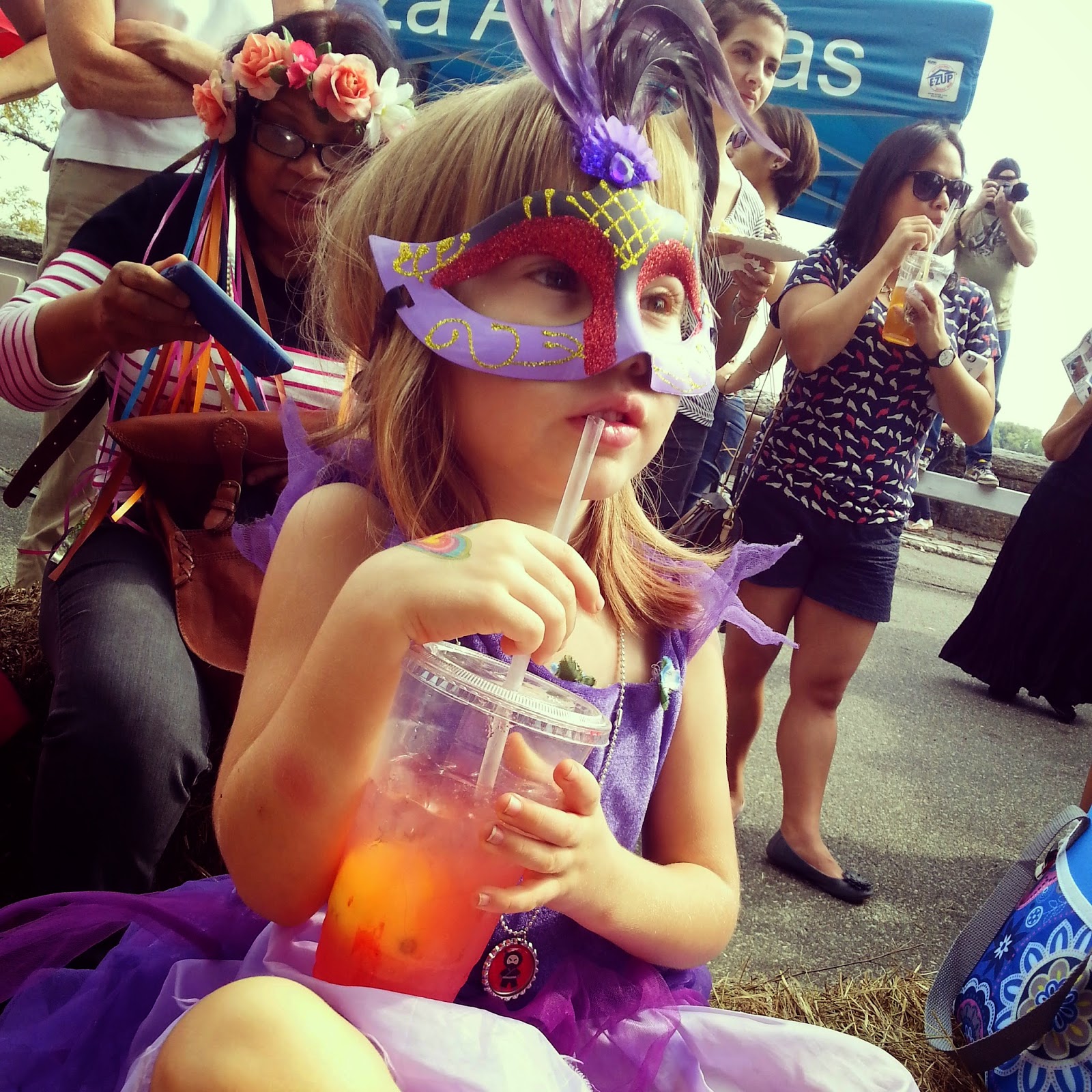 But Willow loved every second of it.  And she wanted it ALL.  For a bit there it was just Buy! Buy! Buy!  But then she chilled out, and she was done shopping and just wanted to enjoy herself, until we saw something that we agreed she must have. 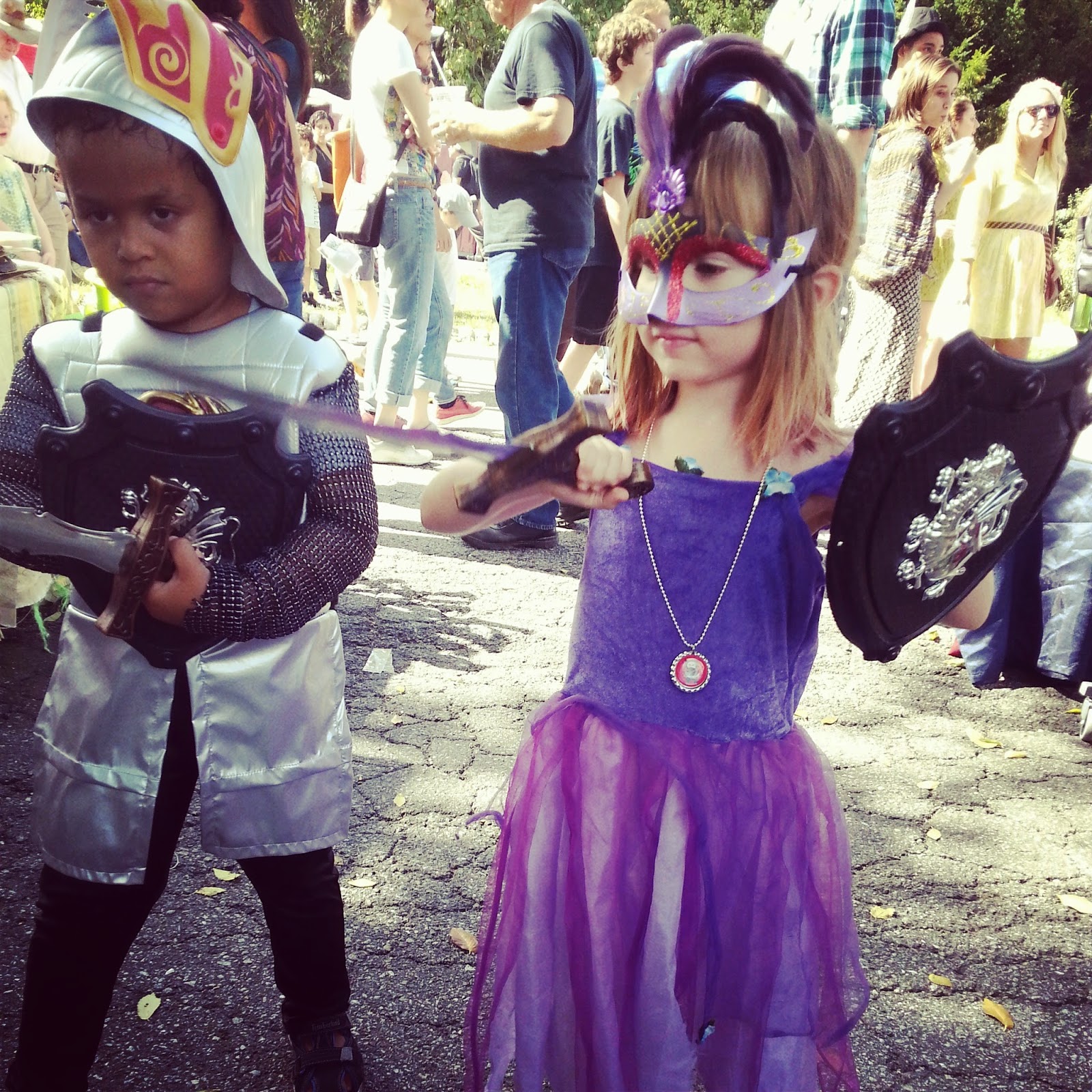 A girl needs a sword.

At first it was just a fun thing, but as the day wore on and I paid attention to all the people around us, most of the guys were in chain mail, and most of the women bared (most of) their breasts.  Now, I have no objection to this.  I had been in the market for a corset myself, after all.  But after a while, I didn't like what I saw.  Far too many women were dressed as trollops--and sure, I bet there were a lot of trollops back in the day we're all imagining.  And it's fun to look and feel sexy and free.  But since we're imagining, didn't any of them want a sword?

I know this is slightly off topic, but bear with me.  We complain about how women are portrayed in super hero movies (Internet, I'm right there with you about Wonder Woman et. al) but let's think about how we are portraying ourselves.  I actually don't object so Scarlett Johansson's catsuit.  Emphasizing her femininity is cool by me, though I can see why others disagree.  But so long as she's kicking ass, I don't see that it's such a bad thing to make it very obvious that she's a woman while she's doing it.  Because my point is this: there is no reason we can't have it all.

I did see some very prominent examples of what I wanted to see: 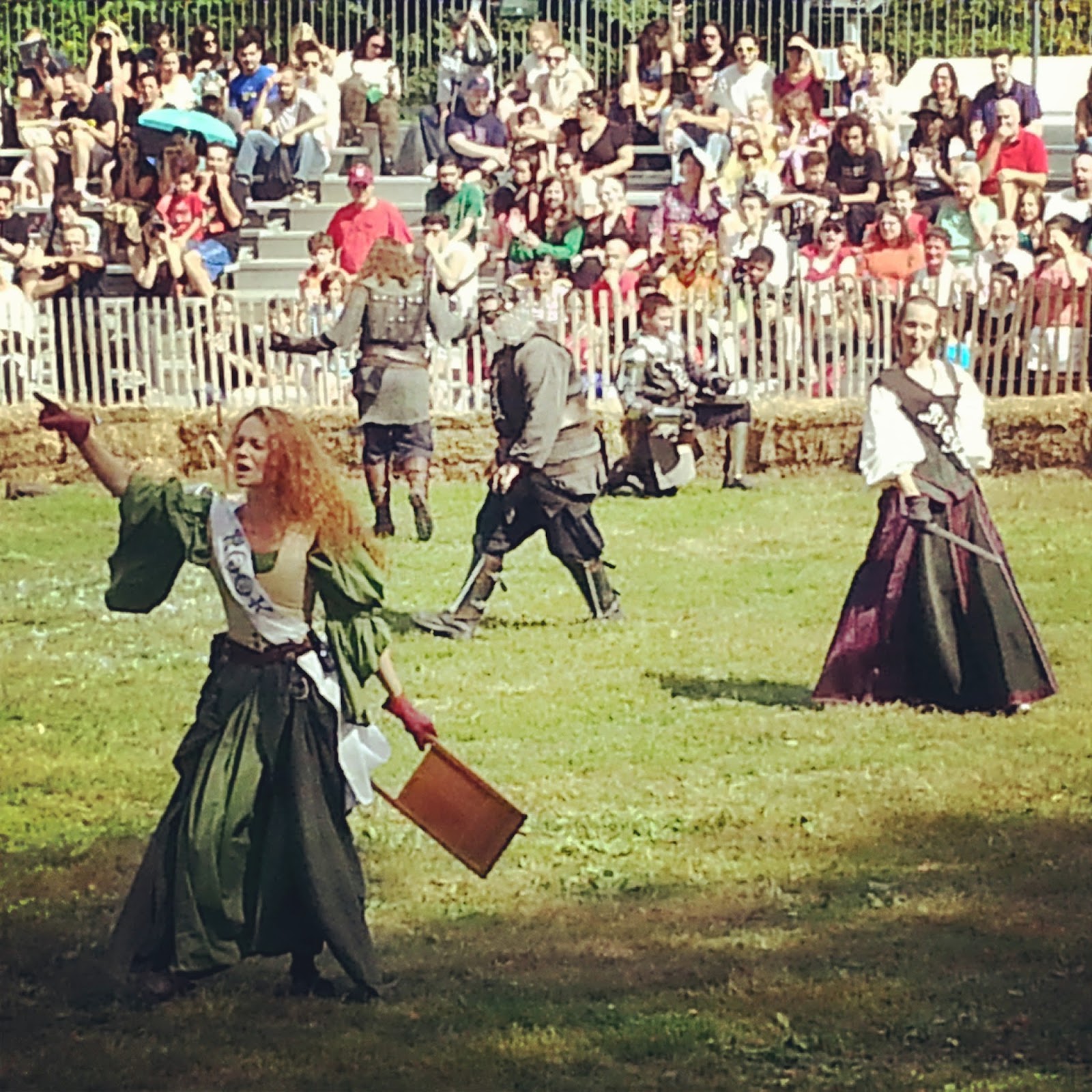 These two ladies fought each other--and they fought men, too, and they always won.  And the gal with the washboard beat the woman with the sword behind her, which was kind of perfect once I thought about it some. 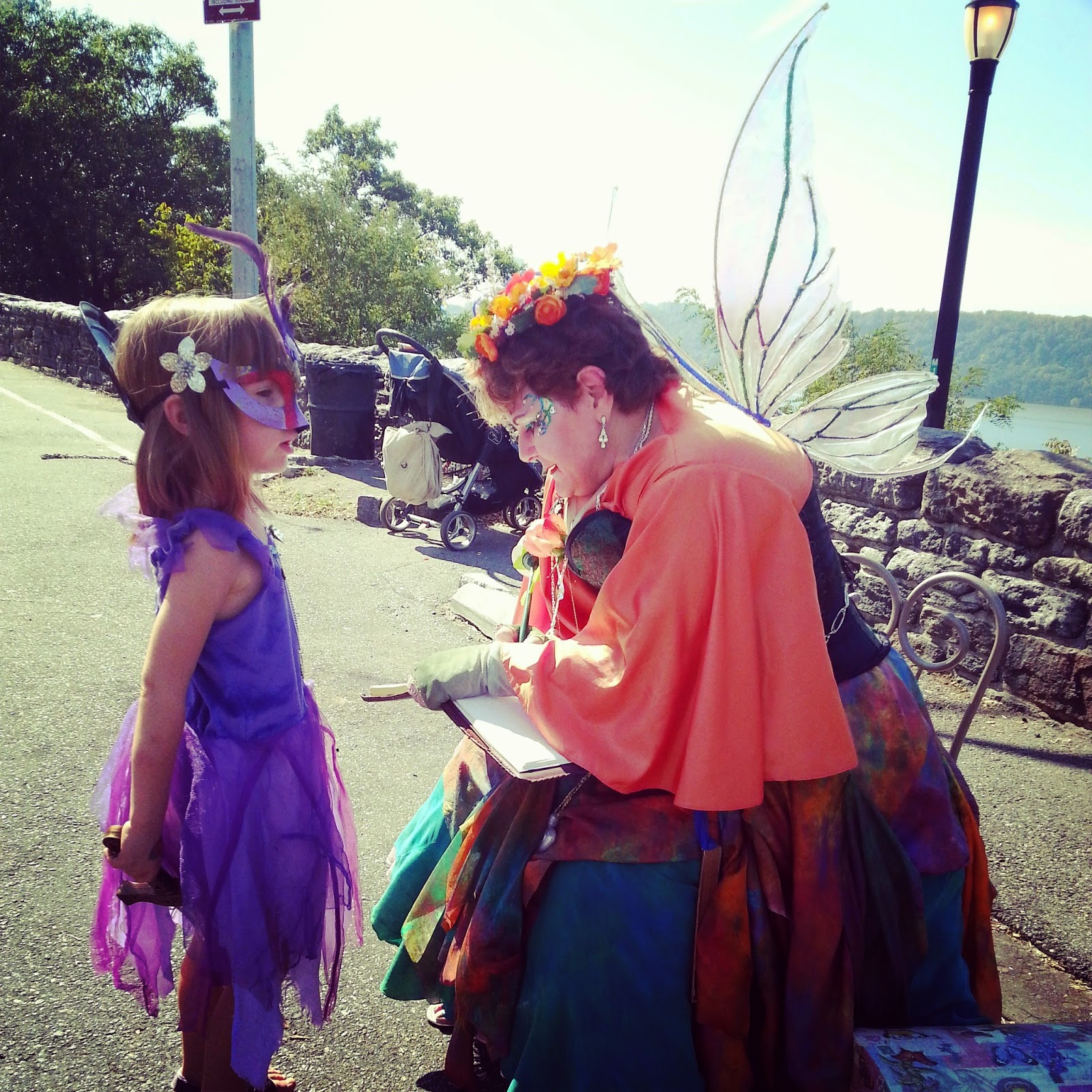 Now I'm not saying that Willow shouldn't tuck her sword behind her back and go ask for favors from a kindly fairy.  She should absolutely do that.  I'm not even saying she shouldn't be a fairy or a princess.  I get why she wants to be a fairy princess--I want to be one too.  They wear pretty dresses, and feel feminine and in power.  Think about what magic wands do before you roll your eyes at your daughter wanting to be a fairy.


I'm just saying they should have swords, too.

Email ThisBlogThis!Share to TwitterShare to FacebookShare to Pinterest
Labels: child

My SCA friends are VERY into corsets and swords. But I can only hang out with them for a few minutes before their whole "thing" starts irritating me. Using an abacus to calculate tip at an IHOP? Ugh, just no.

Oh for sure. I could totally never do it. There's only so much anachronism the mind can take.

But I'm glad they have swords.

By the way, Orchard Corset will occasionally have a good deal of the week, coupon code or Black Friday sale.

Good to know! I was thinking I could probably make myself the shirt and skirt, but I get why they're charging so much for the corsets--they're something else.

Yeah, I'm always looking for more "Xena Warrior Princess". Why can't Willow have a magic wand that changes into a sword?

YES, when sometimes it's possible to have it all, go girls!