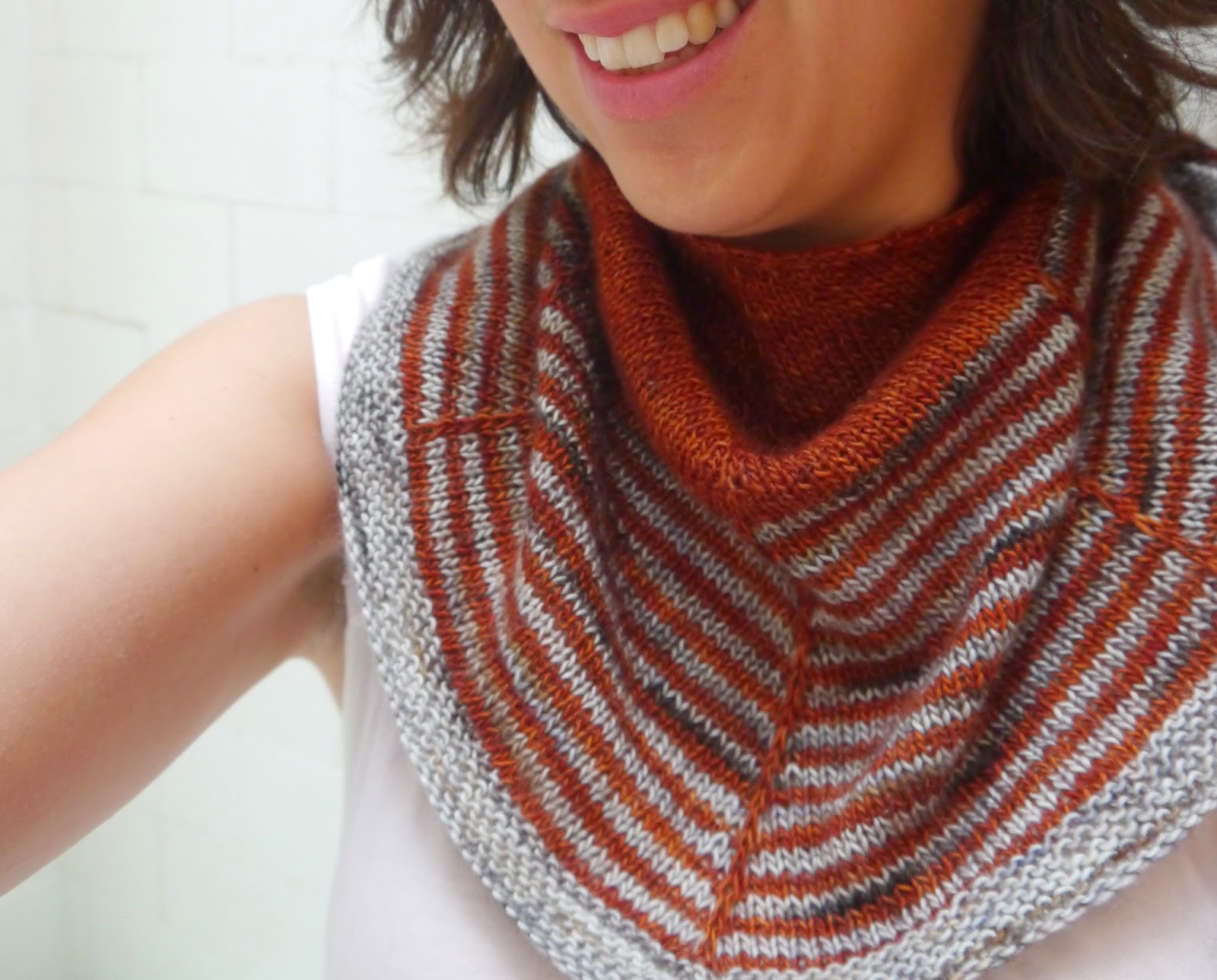 I don't know about this one.

It's Daybreak by Stephen West, and is a wonderful, quick, fun pattern in a really wonderful yarn--Dragonfly Fibers Pixie.  It was my favorite purchase from Rhinebeck and I've been saving it all this time and I'm certain I chose the right pattern for it, and yet....something's not quite right about it. 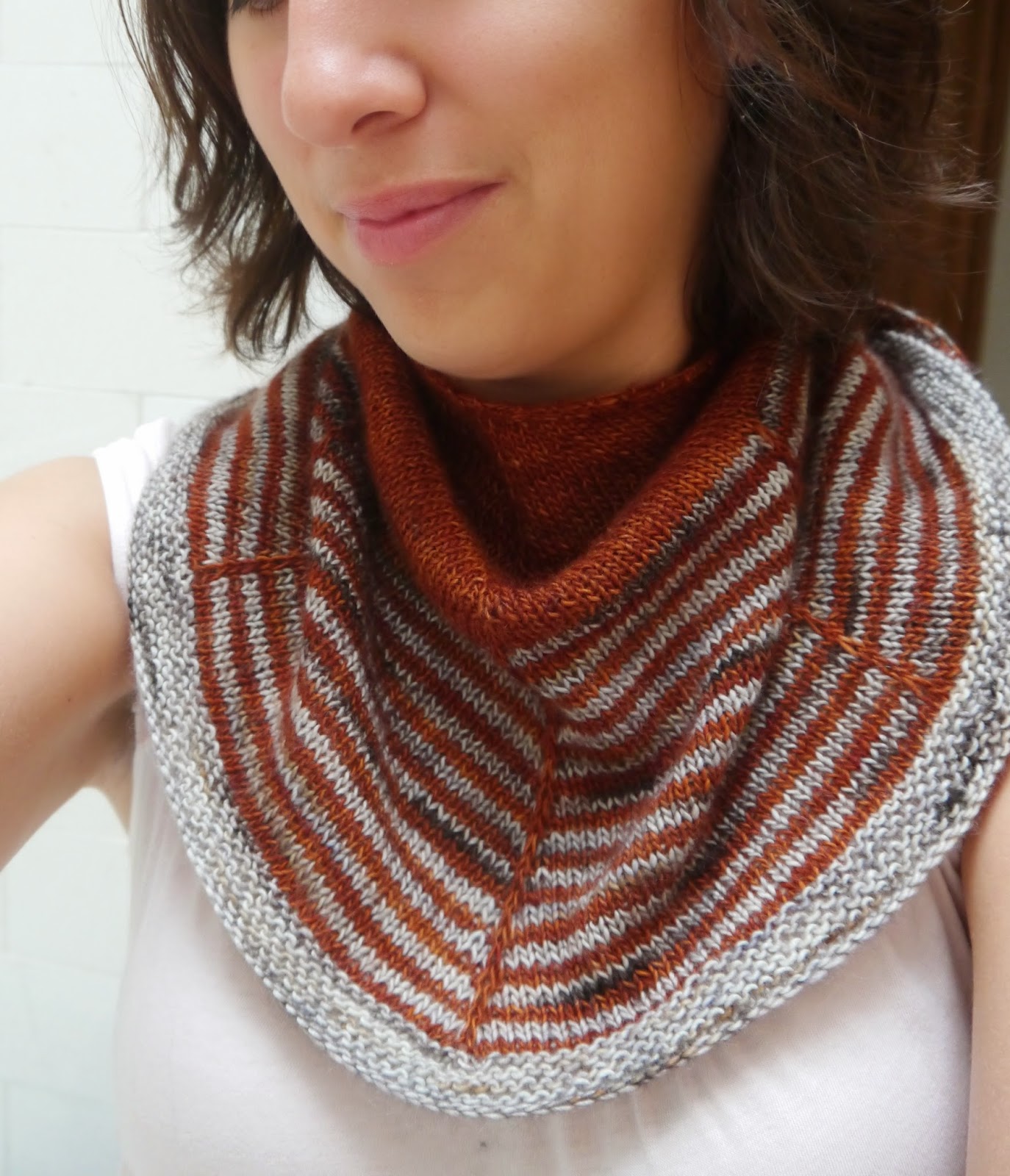 Maybe it's just the season, and I'm all about pinks and greens and yellows--heck, I'm wearing a pink shirt as I'm writing this and I'm wearing a pink dress in the photos.  Orange is just not working for me like it was last Fall.  And so perhaps it will again and I shouldn't just give away the scarf.

But it's also the pattern.  I like my scarf/shawls as much as anyone, but this one seems a bit, er, manly for me.  As well it should--it is, after all, written by a man and meant to be unisex.  I showed it to Dave as I was working on it and feeling like the colors and stripes were just not very me, and he said "yespleaseIwouldlikethatverymuchthankyou."  Until, of course, I finished it, and he's all, "Um, that's a shawl.  I don't think I can rock that."

I might make him a Daybreak-inspired cowl or scarf or something that he would actually wear, but in the meantime, what to do???

On the knitterly side of things, I went up a needle size and basically knit the shawl exactly as written, right up until the end.  I stopped the increases early and knit a couple of extra rows in plain garter, and it worked out great--no need for blocking wires or pins or anything.  I soaked it and lay it flat and those extra garter rows smoothed out the increases so the shawl gave itself a nice rounded edge all on its own.
Posted by Nikki Van De Car

Agree! Love this pattern, but when I made it I thought it was a bit...not girly?! I wore it on vacation in London, but just found it in my closet. Mine is yellow/gray, so not quite manly enough for my husband!!