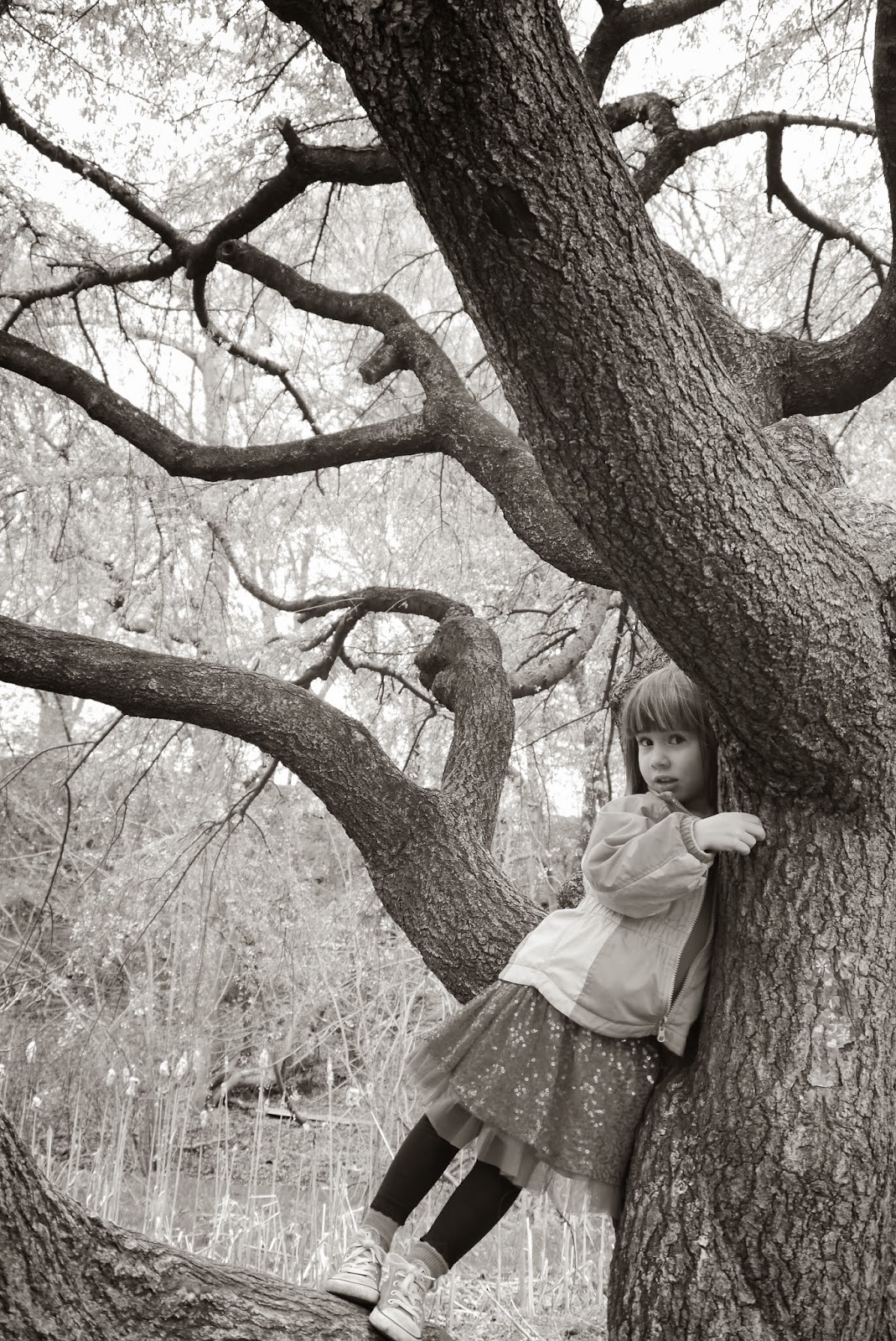 Perhaps you have noticed a surplus of activity posts--we seem to be terribly busy and crafty all the time, do we not?

There is a reason for this.

Willow has stopped taking naps.  Let us have a moment of silence and remembrance of the golden days of yore.

Oh, it's not that bad, really.  There's actually a great deal of freedom in it--where before our lives revolved around "will she?  won't she?  what can we do to increase the odds?" now it's, "hey, the day is our oyster!  What shall we do with it!"  So we've gone into Manhattan a lot and gone to museums and gone hiking and gone hither and thither until we've exhausted ourselves, and then we've played quietly and gone to bed (early!)

Which is all well and good, except for when it's raining.  I suppose I could have gone to any number of museums, but honestly on a rainy day all I want to do is sit and knit and read...which we did do, for a few hours, but no toddler can do that all day, however much her mother encourages it.  She didn't necessarily want to run and jump on the furniture or have a dance party either (thank heavens).  No, she wanted to play birds.

Doesn't that sound like a nice, harmless activity?  And all I had to do was sit in a chair--and I could knit!--and be the voice of Bao Bluebird while Willow voiced Mrs. Mourning Dove and The Truth Fairy and Carly Canary.  This can be a bit of a challenge, because I need to intuit what she wants Bao Bluebird to say, but we usually can work that out with a "pause birds!  What am I supposed to say right now?  Okay, got it, resume birds."

What she wants me to say, generally, is that I am sad because the other birds are being mean to me.  This is a common theme in Willow's pretending.  The ponies are mean to Pinkie Pie, the owls are mean to Ookpik, and so forth.  I think of it as a good way for her to work out both her wanting to be mean tendencies (which we all have) and her disliking it when others are mean to her.  It's like Empathy 101!  But yesterday it went sadly awry.

The Truth Fairy & Co. were mean to Bao Bluebird.  As directed, I had Bao Bluebird retreat to her nest and refuse entry to all birds (Bao Bluebird can pout with the best of them).  The other birds would come crying for forgiveness (Willow does a very impressive whimper) and Bao Bluebird would reject them for a while (they really were very mean) and then eventually forgive them.  So I was busy rejecting The Truth Fairy AS INSTRUCTED I THINK IT IS IMPORTANT TO EMPHASIZE THAT PART when all of a sudden, Willow's whimpers turned into actual sobs.

Full on tears.  "Pause birds, pause birds!! Honey, it's okay, it's just pretend...I thought I was just doing what you wanted me to!"  "You are!  I'm not crying!  This is the play.  Keep going," she said, while wiping her tears away.

I was dumbfounded.  If I refused to play, she cried more.  If I had Bao Bluebird instantly forgive everyone, she was frustrated because I was doing it wrong.  If I (reluctantly) continued having Bao Bluebird be a pissy little thing, she cried on behalf of the apologetic birds.  It was madness, and really, a bit more empathy than I was going for.

Of course, that's not as bad as a few days ago when she began sobbing because the sun was going to go supernova someday.  Sigh.
Posted by Nikki Van De Car

What a great story! I hope the birds will figure out how to all be friends soon.
And you can tell Willow that we are safe - our Sun will not go supernova, it will become a red giant :)

a tip I learned from a friend who had a daughter Willow's age and then got a new baby and everybody but the older daughter were tired mid-day. They borrowed stories on CDs from the library and had some quiet time when the baby slept, the adults could take a quick nap and the big girl laid down and listened to the story of her choice. she didn't have to sleep but could unwind a little and rest a bit.

Love it! Pause birds... This did make me giggle, that is some powerful empathy your daughter is showing!

Instead, users select the guide they need to purchase and are emailed a hyperlink that factors to a website site|a net site} where they can full the transaction. The company 로스트아크 mentioned apps shall be allowed to listing, mint, switch and let users view their very own NFTs, but clarified that owning an NFT could not be a shortcut to unlocking any extra features in an app. In different phrases, the ownership of an NFT shouldn’t be a approach to route around Apple’s in-app purchases. In addition, Apple mentioned NFT apps can’t display external links or different calls-to-action to purchase NFTs — that may only happen via Apple’s own in-app purchases system, as properly. Along with the launch of iOS 16.1, Apple additionally introduced new App Store Review Guidelines.