Have Waldorf Method, Will Travel

In anticipation of our coming trip to Hawaii, we borrowed a book on volcanoes from the library.

Unfortunately, said book won't be touched with a ten-foot pole because Willow is concerned that it will give her nightmares.  This is a new thing, apparently very normal and common (and yes we have purchased the requisite nightlights and dreamcatchers.  We're on nightlight #3, in fact), but it's bumming me out because I was even willing to do that most messy and awesome of experiments: make your own volcano. 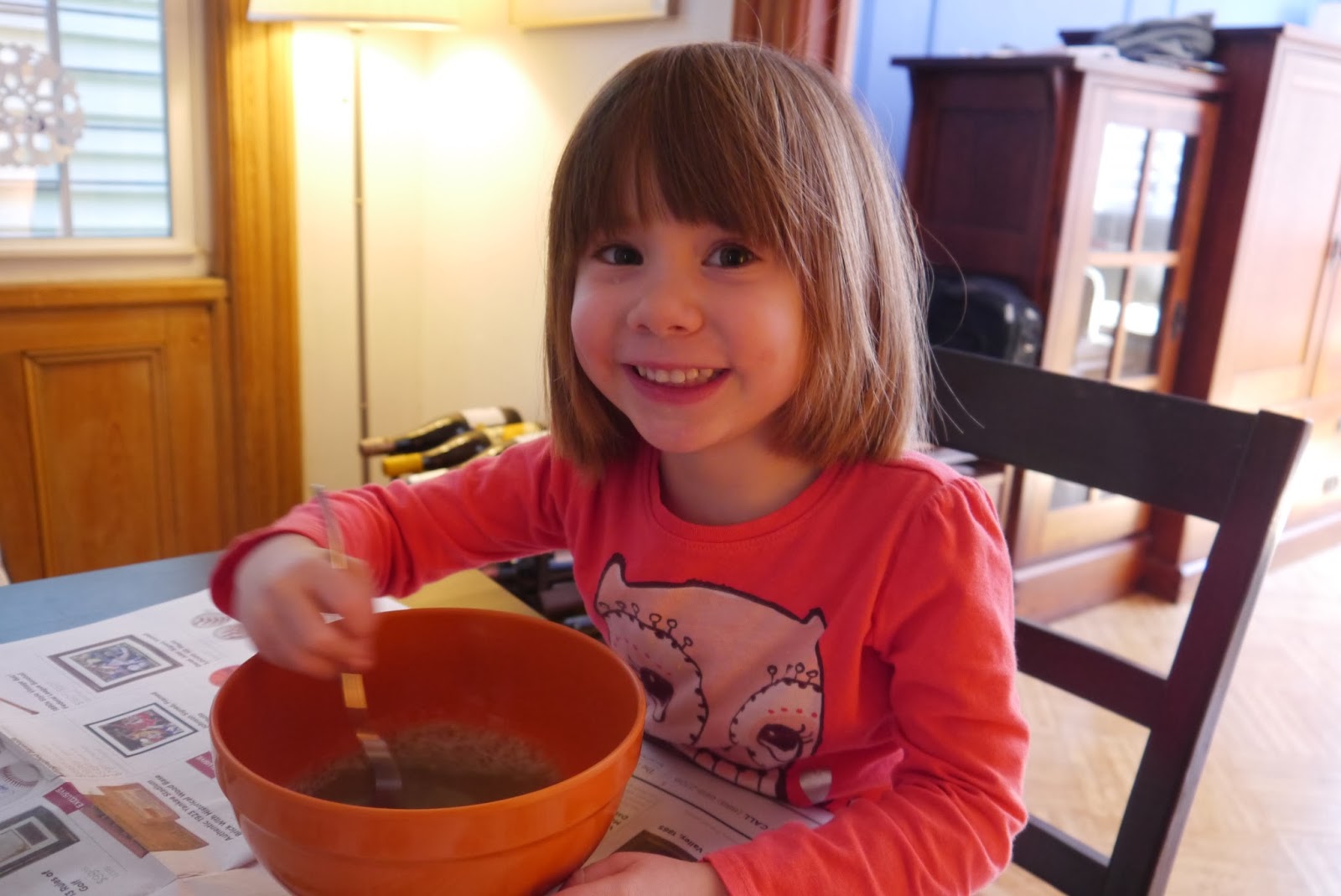 Willow initially refused, even though she's been begging me to do it for years.  When I explained that it would be a silent eruption, she was cautiously willing.

See that tentative and slightly fearful smile? Yes, Mommy, I will do this if you make me, and I will smile for the camera...you said it would be silent, right?  And it's not going to be real lava?  Promise? 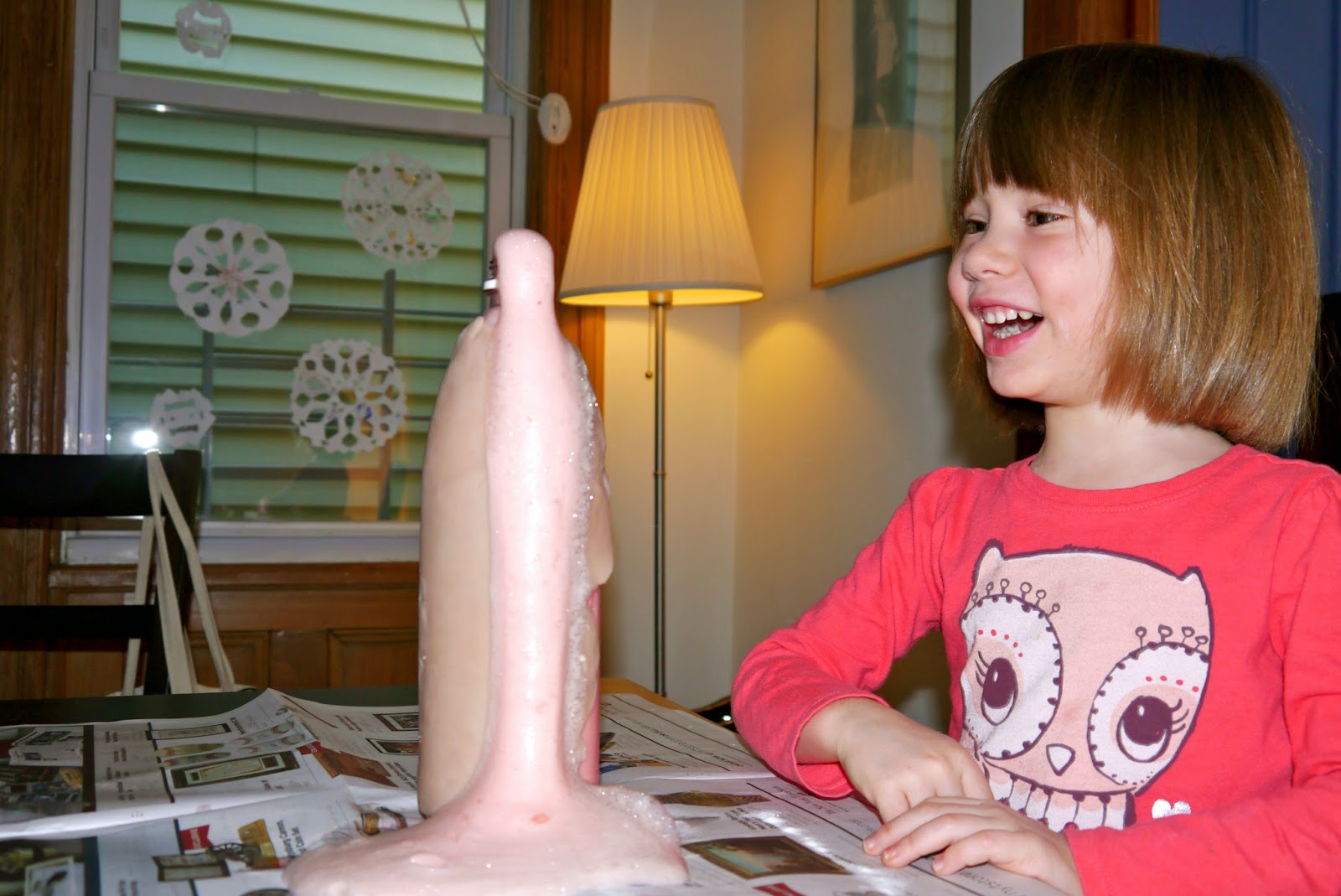 Now that's more like it!  And it was, indeed, quite messy, and we built a paper towel dam and so learned something about flood control and engineering (yeah, right.  It was more, "quick, quick!  Put another paper towel down!  Oh my God, hurry!")

We covered the bottle with play-doh because.... I have no idea why.  There was no way I was going to build the whole papier mache mountain range business, but I don't know why I thought a coat of pink play-doh would make the volcano more realistic. 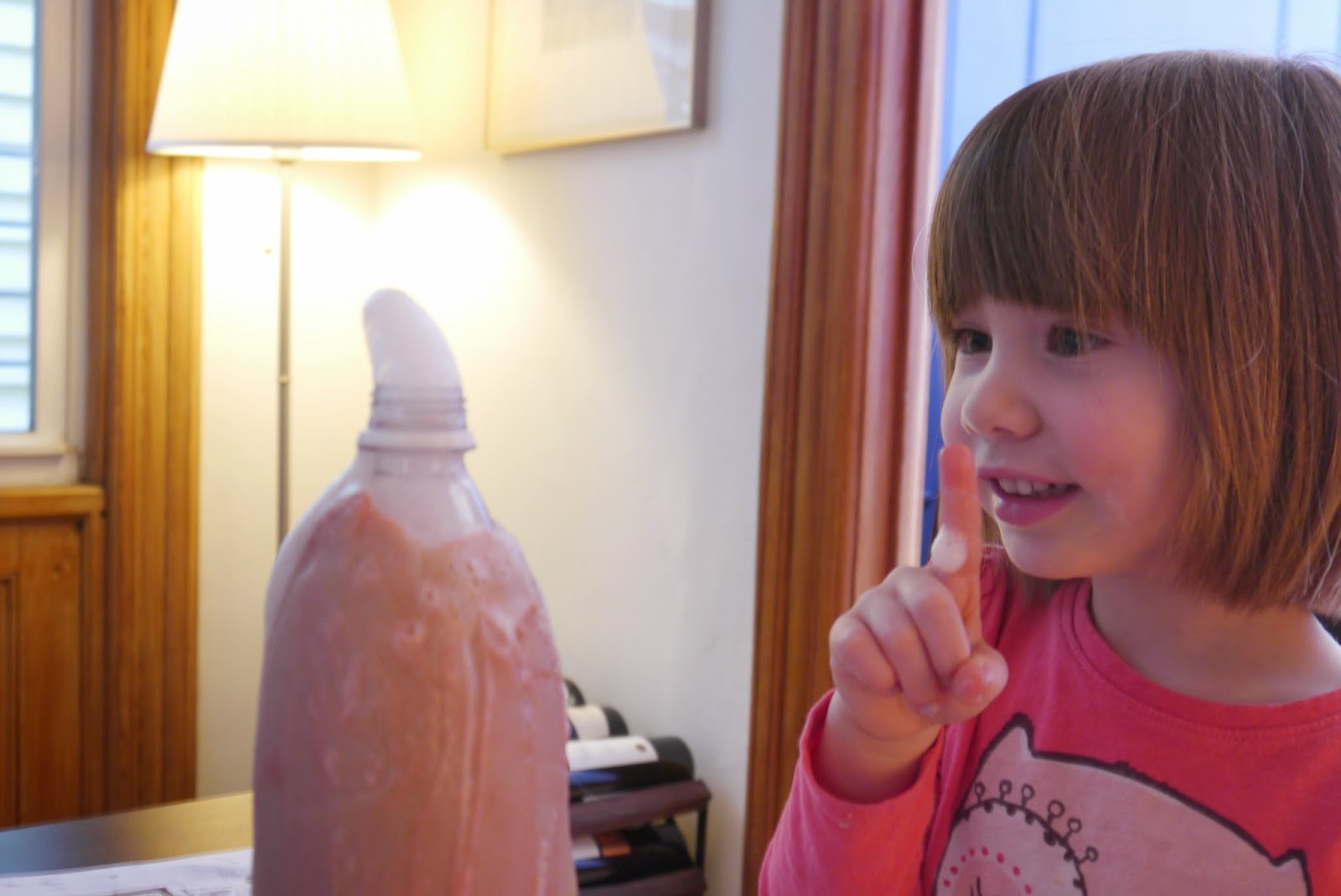 As we head off to go see an actual volcano, I will try to remind my increasingly fearful but very plucky daughter that there is more fun in the world than there is scary, and we should always expect the best.

And as we get on a plane while there is still a missing plane, I will try to remember that too.
Posted by Nikki Van De Car

Awww. We were a Waldorf family, too! I love seeing things like this.