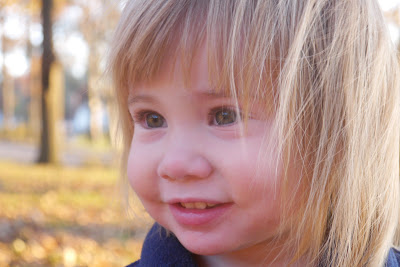 I'm reluctant to write this post, for fear of setting off a new wave of badness, but since I don't believe in that kind of thing, I'm going to take a deep breath and charge ahead.  Things are better.  For one thing, I've given up on insisting that Willow nap on my terms, but have instead allowed her to set the terms.  That means that we walk/drive until she falls asleep and then I gingerly carry her inside and place her in her crib which is very ridiculous, child, do you hear me?  But it makes for a happier household.

But even beyond that, I feel like I've adjusted my attitude to her new behaviors, and started interpreting them a little differently, and that has really been the breakthrough.  Wow, that was vague.  But for instance--Willow says "No" to everything.  As I've been told many toddlers do.  Fine.  But what bugged me was when she wouldn't just say "No," she would scream it--right off the bat, no buildup to a tantrum or anything.  And I'd try to talk to her, to determine what it was she wanted to do--"You want to go for a walk?"  "No!"  "You want to stay home?"  "No!"  "So you want to go out?"  "Yes!"  "Okay, let's get your jacket."  "No!"  Etc. 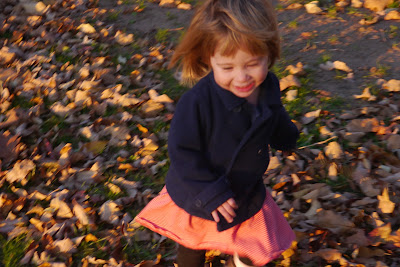 I'm sure all of you who've been here before are rolling your eyes at my ineptitude, but I genuinely found it distressing.  Willow has always been someone who knows her own mind (rather too much, at times) and to see her floundering so, and be so upset about it, was hard for me.  Plus I was really taken aback at being yelled at by my sweet little darling.

And one day I was just so over it, so exhausted and annoyed with trying to figure out what she wanted, that I just kind of mocked her indecision.  "No!"  "Okay, no."  "Yes!"  "Yes."  "No!"  "No."  "Yes!"  "Yes."  And while you'd think this would enrage her, it doesn't.  She seems to find the rhythm of the back-and-forth calming, and eventually gets bored, and whatever it is she did or did not want to do is now past and the tantrum has been averted.

I don't think this method will work forever, but I feel like I've learned something from it--her emotions aren't necessarily what they appear to be.  If I were to yell like that, I'd be really upset.  But Willow isn't--or isn't for longer than that single moment.  And so we're able to move on, and get out of the loop, and everything is just much easier, and much happier.

I'm writing this down so I remember it for later.  Like when she's fifteen. 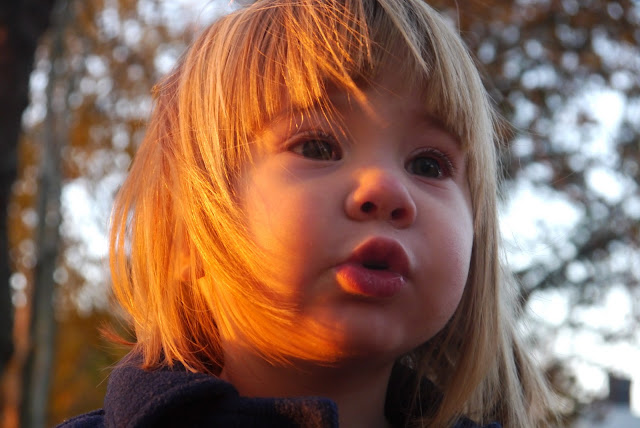 Ah, parenthood. The only constant is change. (You're doing fine, and you both shall survive.)