Continuing the theme of "Isn't October Great?" my mom came to visit for a few days.

Living in Hawaii and all, it's been hard for Grandma and Willow to establish a meaningful bond when they see each other only a couple times a year and there's some serious jetlag involved.  We try g-chatting and all that, but Willow squirms after the first thirty seconds and then is off running about or asking me to read her stories instead of talking to the computer.

This visit changed things.  Grandma is the nice lady who fixes up Willow's Raggedy Ann (since I may knit, but I cannot sew), who makes Apple Betty and gives cider donuts for snack and chases her around (but refuses to read her stories.  No stories).

Since this was a mighty short visit, we decided to, obviously, cram as much in it as was humanly possible.  On Thursday, we went out on the town.  We had dinner at Ulysses Tavern, scandalizing all the money guys with our toddlerness.   (I knew my mom would love Stone Street, if I could ever find it, which I eventually did manage to do but not without walking us around in circles and yelling at her iPhone's GPS.  I swear, Diagon Alley must have been based on Stone Street.)

ANYWAY.  It was so crowded inside that we sat outside despite the briskness, and Willow loved it.  She chatted and giggled and jumped and demanded french fries and avocado (a balanced meal if ever there was one). 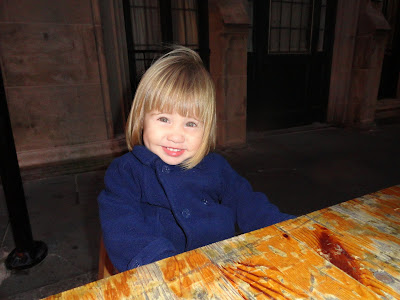 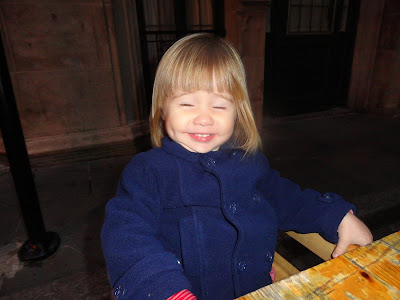 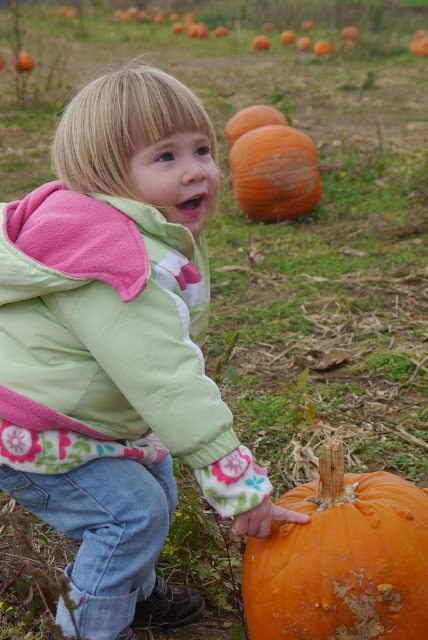 And then, for an about-face, we went out to Ort Farms to go pumpkin-picking! 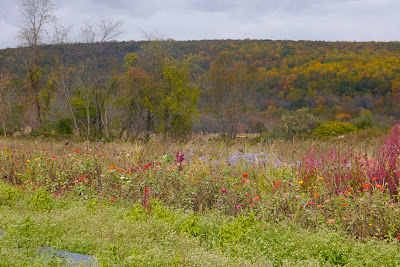 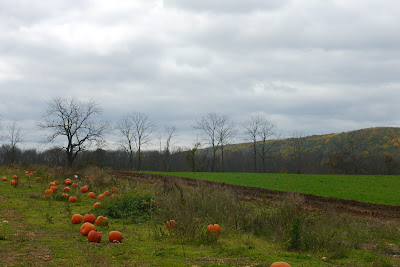 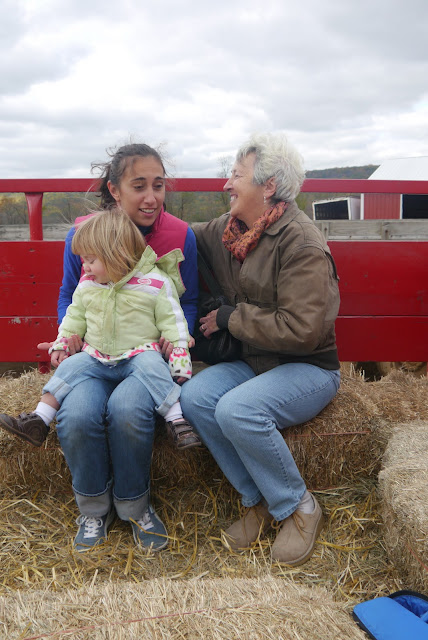 We get all our Farmer's Market produce from them, so it was fun to take the hayride past the crops. 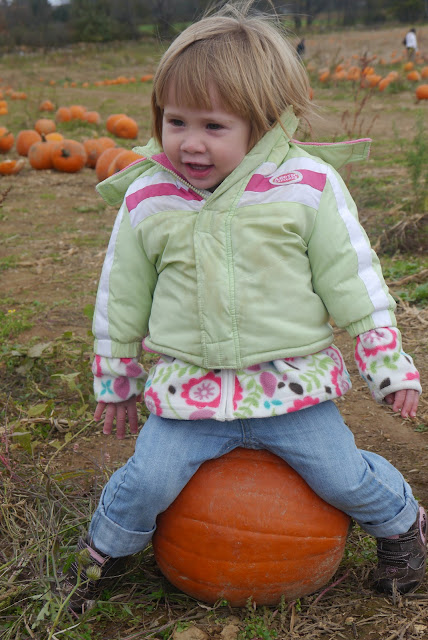 And apparently pumpkins are great for riding on.

Willow has been deeply out of sorts ever since Grandma left, which I can only attribute to an extended sugar- and love-crash.

Good thing we're heading west in a few weeks, so Willow can get another fix.
Posted by Nikki Van De Car