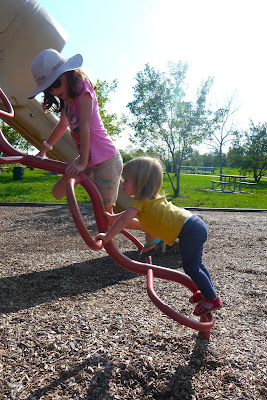 Willow has not that many words.  She understands a frightening amount, but speaking what she hears has been tough for her.  RockNoodle especially works very hard with her--she's incredibly persistent, if not always realistic ("can you say orangutan?  Orangutan?  Willow, can you say orangutan?")  And I watch Willow's mouth work, and then she just gives up.  And then even with a word she has learned, if she's asked to say it and it's not one of her very favorite words (like "smock," for instance) she'll just refuse and often the word gets forgotten.

This causes me no kind of alarm, but seems incredibly normal, and even, in our little one-toddler-in-a-vacuum lifestyle, rather advanced--until of course we encounter another child Willow's age.  Or even, depressingly, one much younger.  And then the huge vocabulary and partial sentences and, more importantly, enthusiasm for language send me scrambling to the internet to research...the various scary things you research.

I am not, mind you, overly concerned about this.  I'm just a worrier by nature, and if something mildly worrying presents itself, I will worry and no amount of logic or common sense or self-control can stop me.  Here's an example of my train of thought: 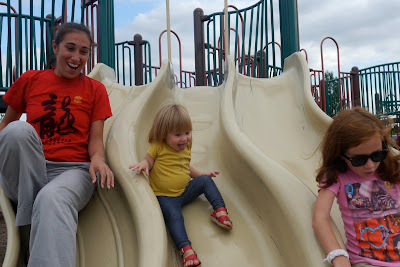 "What if she's just a delayed genius?  Like Einstein?  Or....ooh, RockNoodle's reading A Wrinkle In Time.  Didn't Charles Wallace wait to talk until he was five?  But then I don't want Willow to be like Charles Wallace.  That kid seemed really unhappy.  And he was arrogant--remember how It got him.  Yeah, Willow's smart but she's not so smart that she'll be unhappy.  She's a happy kid.  Maybe we just stress her out.  Oh God.  I don't want to stress her out.  I don't want RockNoodle to stress her out.  But Willow hardly seems to find RockNoodle stressful.  She thinks she's the greatest thing since popsicles.  But she used to be able to say 'popsicle'--well, 'pop'--and now she can't.  So what does that mean?"

And so forth.  Not a lot else to do while you're washing the dishes.  And that's about as far as my worry goes.  Things do seem to be getting better--she's saying a new word or two almost every day now, and more often than not that word sticks around...though not much more often than not.

But I'm going to try and remind myself that things are progressing--and anyway, the words themselves are entirely delightful, and worth remembering for their own sake. 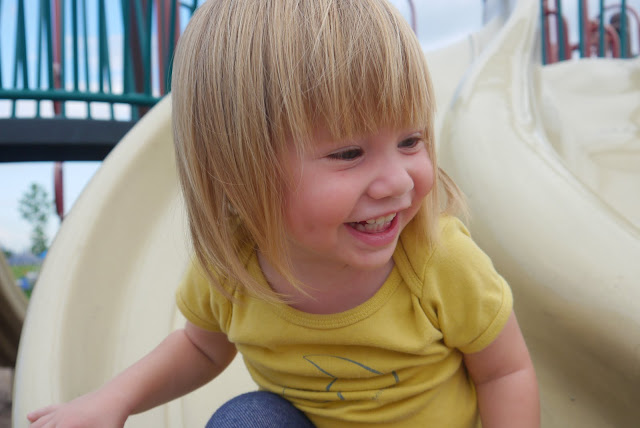