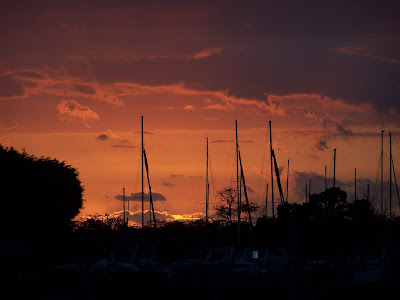 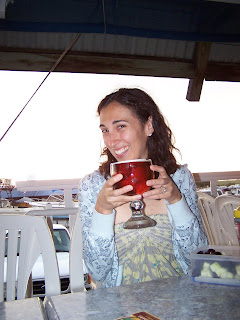 I have an excuse for not finishing this until now--our internet was out for a day.  (I know, that only accounts for one day.  I didn't say it was a good excuse).

However, carrying on now....We had the traditional sunset dinner on the water, made all the better by giant goblets of beer--if you go to Harbor House restaurant, order the fish sandwich.  Seriously. 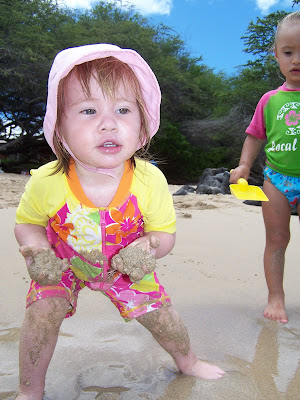 There was beach.  Which of course comes with sand. 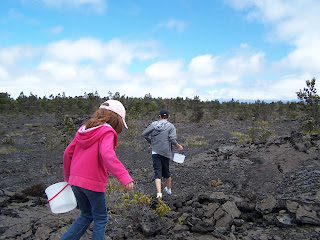 There was Ohelo berry-picking.  Which of course involved more eating of the berries on Willow's part than putting them in the bucket. 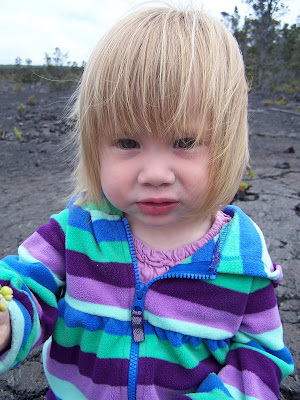 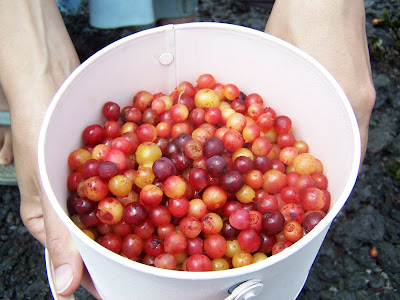 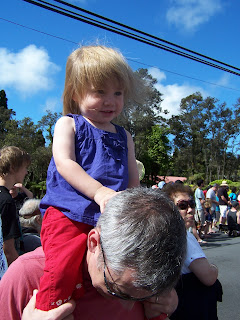 And then on the Fourth of July we watched the parade (there were, as ever, more people marching in the parade than watching it--RockNoodle even joined the tail end), and waved flags and hung out with family until it started to rain. 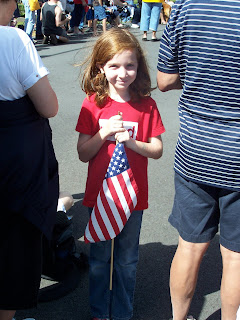 It was a wonderful visit, and here's hoping the next time we come Toaster takes his hat off once in a while. 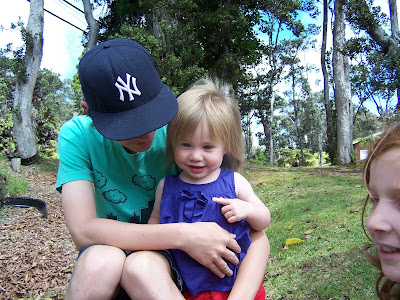 She and Francie really look like cousins- I can't wait to see them together, even if it involves lots of facial pawing on Francie's part (easy for me to say). Looks like a fabulous trip.