Well, as soon as she got on the (very expensive, but apparently very good-tasting, so well worth it!) antibiotics, Willow was back to her cheery self, and managed to adjust to the time difference relatively quickly (now, at home, is another story entirely).  I'm going to link heavily here, in case anybody wants to use this as a tour guide of the Big Island. 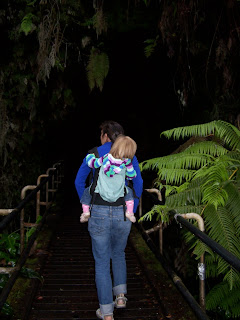 We went for a short hike around Thurston Lava Tube, one of our all-time favorite places to visit.  About halfway through the tube, the lights go out, and when I was a kid my friends and I used to bike to the general store, load up on candy, and then creep through the tube to eat our candy in complete darkness.  It made every bite a surprise. 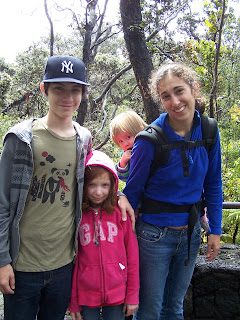 Willow seemed not overwhelmingly impressed, and poor RockNoodle fell and bruised her knees shortly before this photo, hence the sad expression.  (Note, by the way, Toaster's shirt: The Stay-Puft Panda spewing fire???)

Then, in the afternoon, we took another hike through Bird Park, and, well, there was excessive cuteness to be had.  (I'm using the names used when I was a kid--I'm in favor of going back to Hawaiian names for things, but I honestly just can't remember them). 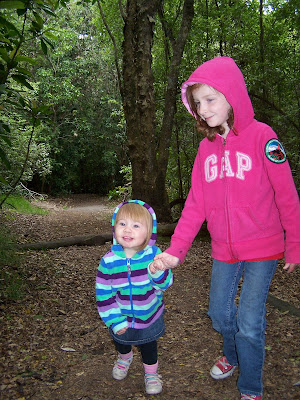 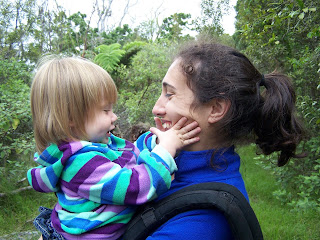 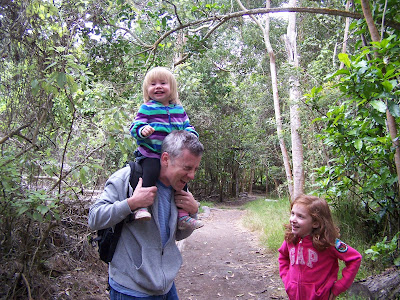 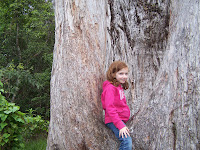 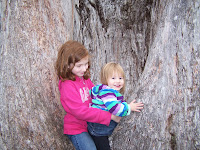 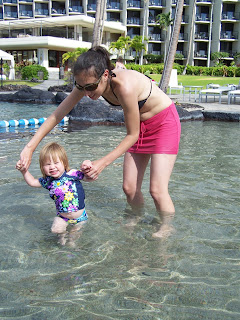 And then we booked it out of the land of cold (yes, look at those fleece sweatshirts!) and over to the Kona side where we splurged and stayed at the Waiakoloa Marriott.  It was, indeed, quite splurgy, but the set-up was just so perfect.  There were three pools, one clearly meant for adults (though that rule was not strictly observed), one for older kids complete with water slide, and a very shallow sandy-bottomed pool that Willow could have lived in, if she had her way. 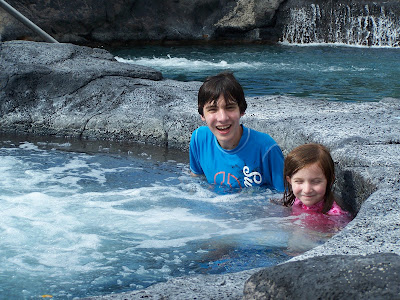 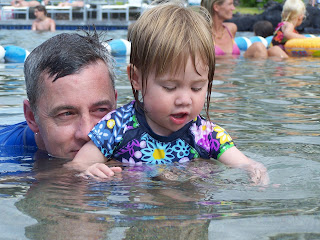 It gave her so much more confidence in the water, so much so that she was lying down in it much of the time, and able to recover herself if her head got dunked.  We took her in the bigger pool as well, where she kicked and shrieked and clung to me like a sea urchin, but had a terrific time.

All three kids just loved being in a hotel.  It's not something we do very often, obviously, and there's a sense of excitement and general specialness that made everyone a little giddy: 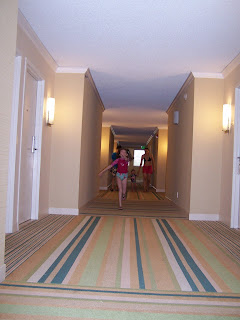 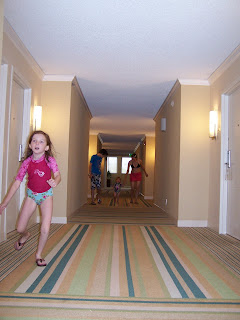 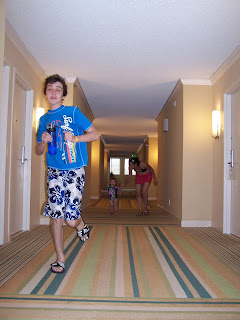 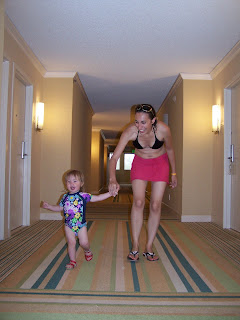 And that, I think is enough photos for one post.  Stay tuned. 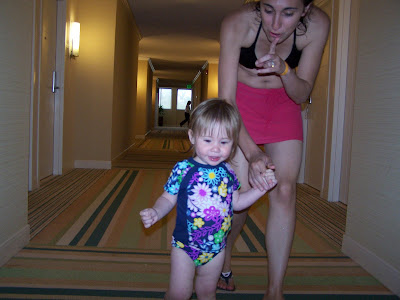 I don't know what it is with kids and hotels but mine love staying in them, sometimes, more than the vacation itself-lol! It looks like the kids are having lots of fun, specially Willow. thanks for sharing the pics.