Now that weaning is officially over, I can say, hands down, that I am in favor of it.  Sure, naps and bedtime are a little less certain now, but I have a sense of freedom now that I didn't even realize I was missing. 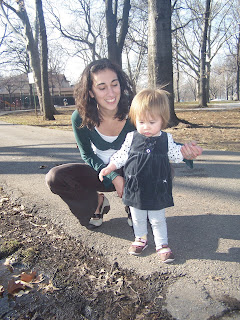 So obviously I haven't taken much advantage of this newfound freedom, but I love the sense that I can. And I keep making plans (We'll to go the movies!  We'll go out to dinner!   I'll go spend the day in the city by myself!) and I love the plan-making for its own sake.  She doesn't need me specifically anymore.

And therein lies the rub, doesn't it?  Before we weaned, I would walk into a room in the morning, and Willow would be overjoyed to see me.  She would light up, and whimper and kick her feet frantically to have me hold her (and then nurse her.  Obviously).  She doesn't do that anymore.  I say good morning to her, and sometimes she doesn't even look up.

I know that her love for me is as strong as ever, and I know that she knows that my love for her is equally undiminished.  And I know that it's a good thing that she can rely on people besides me, and it means that she will eventually be able to rely entirely on herself--also a good thing.

It is, though, a little desolate-feeling sometimes. 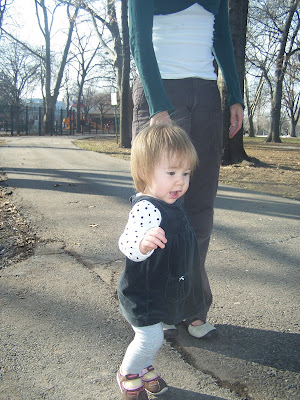