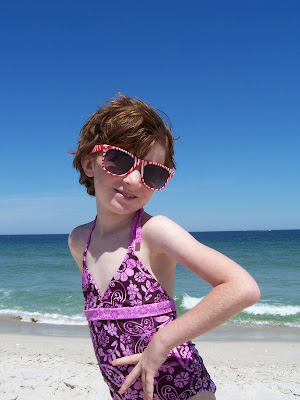 RockNoodle is nine. (Actually, has been nine for a few days now, but as I have a child who does not seem to believe in napping, I have been unable to share this with the internet).

Nine is a good age for a girl to be.  She's at this weird point where she wants to be able to do everything her brother does--watch Arrested Development, stay up late--but still gets scared when we play hide and go seek and it's her turn to seek.

She's still rockin' the short haircut, since although she wants to have long curly hair again, she kinda wants it instantly (as who doesn't?  Growing hair out sucks, ask me how) so she keeps getting it trimmed.  I think it looks fabulous short, and she does really interesting stuff with it, but she's sick of people thinking she's a boy.  Which I don't get.  Could there be a more feminine child?  Look at those hips. 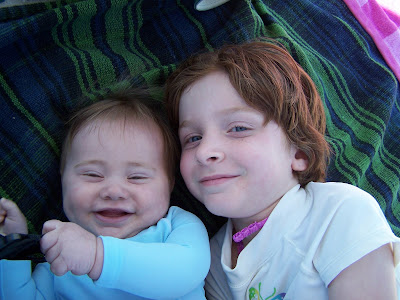 This is possibly my favorite picture of the two of them.  Willow is so obviously delighted, as she always is when RockNoodle is near, but you can get a glimpse of what RockNoodle will look like when she is older.  And the way her bathing suit tie is positioned sent us on a quest to buy her a choker, which, by the way, they don't seem to make for kids (lame). 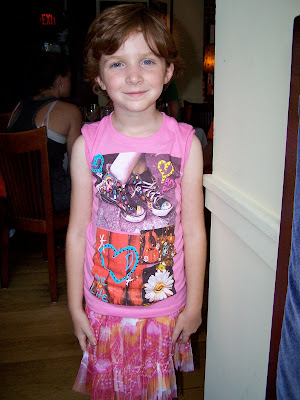 Instead, we bought her new outfit, which is totally not as cool, but she seems pleased enough--note the rolled up sleeves.  Girl wishes she was born in the 80s.