Whew is what I have to say. It was fun, it was exhausting, it was almost unbearably claustrophobic, it was beautiful, it was inexpensive, it was gorgeous, it was overwhelming. Whew.

We left at 7:30 am, which is ungodly early for me, but at least we beat the traffic. It was freezing cold, and so all of us in our knitwear were unable to really show them off (together, we all wore: Foliage, Sunday socks, Boyfriend socks, Santa Cruz Hoodie, Chevron Sweater, Fragola + scarf, Lacey).

Addi and I quickly ditched Dave and the kids. Our very first, eyes aglow, stop was Brooks Farm. Addi got some glowing green Duet (she's going to reinvent Minimalist Cardigan, cables and reverse stockinette...I can't wait), and I splurged on my very first purchase: 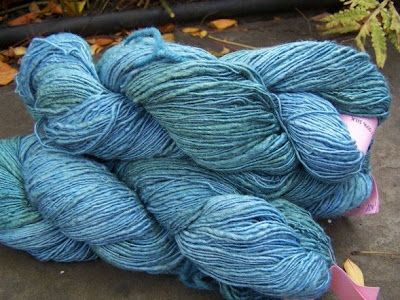 Ellie, which is shiny and thick/thin and entirely captivating. I have Camden in mind for it, which may not work--it may end up being Hourglass Sweater instead. Either way, I'm psyched.

We turned, and saw STR. And then we saw the STR line. Neither of us have ever knit with STR, and had been planning on buying some, but we made a decision that may make some tsk and shake their heads: we walked away. The yarn was beautiful, but the line was long and the day was young. We never looked back. 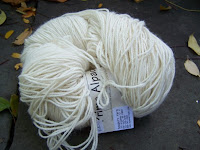 At the next stop I got a giant skein of Joseph Galler Prime Alpaca Undyed. Addi got basically the same thing, but in a gorgeous heathered light grey, a few stops past there, and then we made it out of Building A.

And we were exhausted and shaky already. Combination of yarn high and too many people. We hooked up with Dave and the kids, ate some artichokes (when you eat lunch at 10:30, the lines are short) and then ran off to shop some more.

Our next stop was by far the most impressive of the day. It wasn't crowded--how, I'm not sure, as the yarn was beautiful and beyond reasonable--it was downright cheap. Did anyone else fall in love with Silver Moon Farms? I'd never even heard of them. Ravelry doesn't know them. I stopped dead at the sight of this: 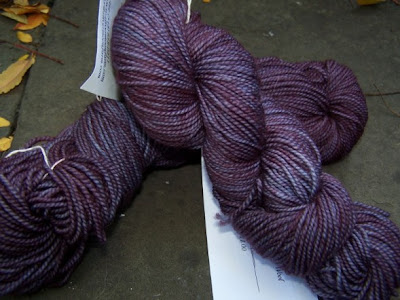 This sock yarn (merino! superwash!) has the same halo-is-a-different-shade-than-the-yarn effect as The Fibre Company's Terra, and I adore it. This, I think, was my favorite purchase of the day. It requires the most elegant and stunning pattern--Bacchus, I think. 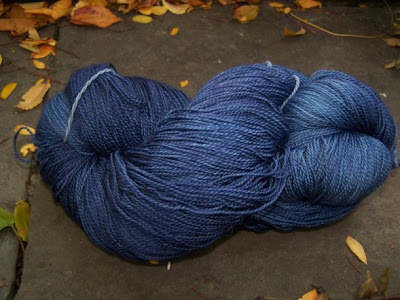 It may be too drapey for Kim Hargreaves' Faith, and so may end up turning into Calm instead...Addi got some in plum for another Lacey.

And after searching and searching for the perfect yarn for Ysolda Teague's Verity, we came back to Silver Moon Farms for their Merino Worsted: 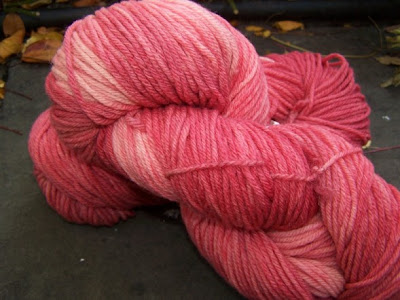 And got enough so I could make Fitted Knits' Back To School U-Neck Vest, to boot.

I quickly came to the conclusion (and I had been suspecting this for some time) that I Must. Learn. To Spin. I did NOT buy any fiber, as not having either the ability or the tools for spinning seemed something of an impediment, but clearly I have to get both of those things immediately (or at least, before October 2009). Look at this: 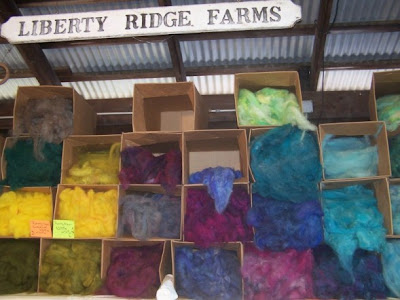 In between all of this, we did many things. We looked at sheep: 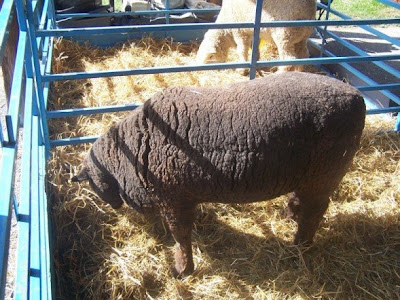 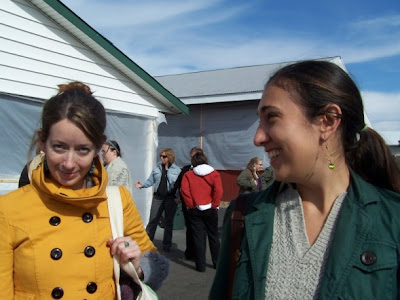 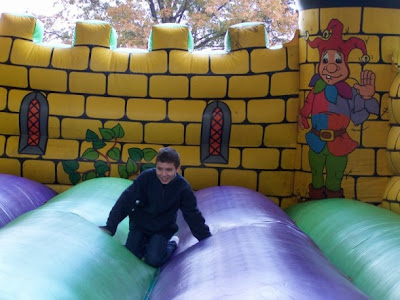 We admired the foliage: 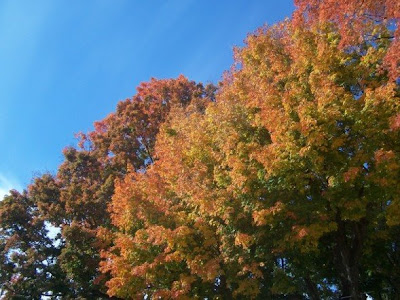 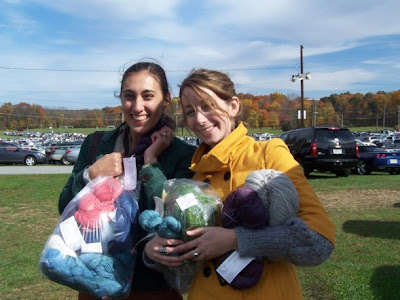 Y'know, I didn't buy any spinning fiber either, but that might be because i have a house full of it. You want to learn to spin?! Ummmm, there's a wheel about eight doors away from your house. Come over any time and learn! I'll teach you to use a spindle, I'll teach you to use a wheel. I'm no expert, but I can make some pretty decent yarn. Nice haul from Rhinebeck. ;)