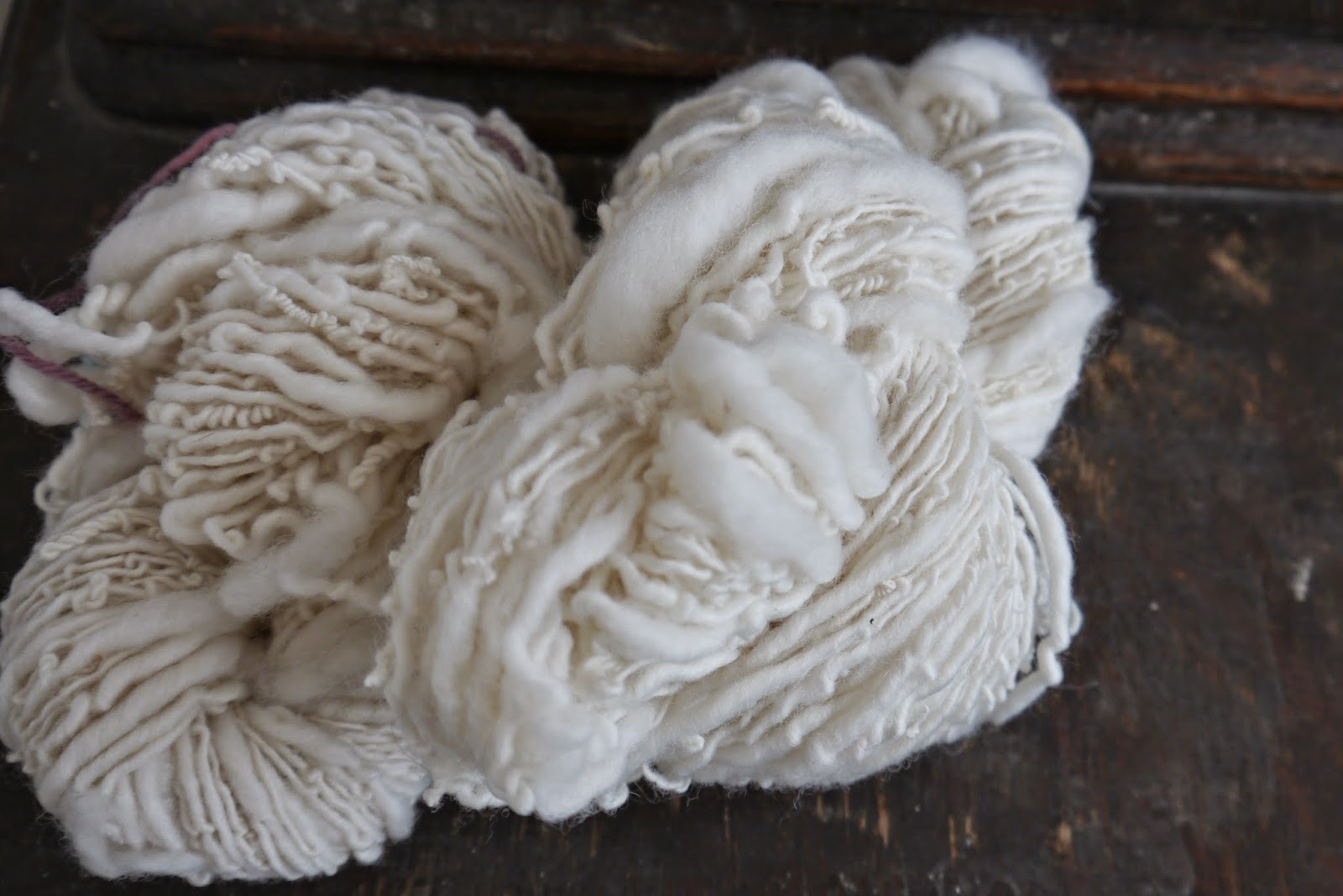 It's BFL, and I feel I have done it a disservice.  There are a lot of those overspun, twisted things, and it's super thick/thin.  I had problems drafting evenly (obviously) and keeping my tension so that it pulled at the right speed, so that it wasn't getting overspun.

That said, I'm not too sad.  It was my first one, and it is still knitable, and while I don't love the twisty things, the thick/thin is kind of fun, even if I would prefer it if it was something intentional and controlled.  I ended up with 206 yards at 9 wpi. 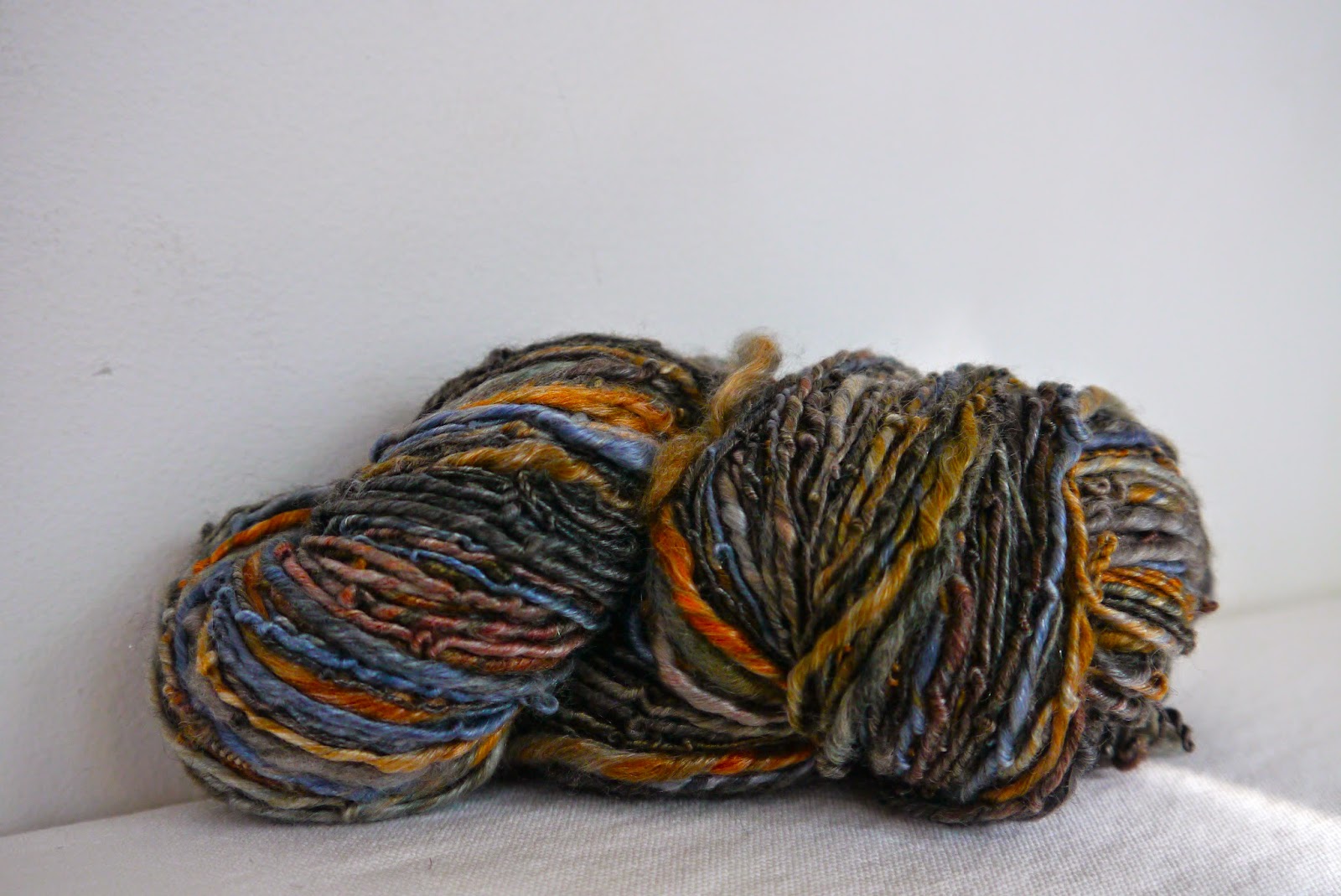 My second one went so much better.  This is 4 oz of merino/tencel from The Sheep Shed, in "Winter."  I found it fairly difficult to draft, so I ended up pre-drafting the fiber out into a fan shape and then drafting from there.  I was still overspinning again if I wasn't careful, but I managed to keep that from happening nearly so often.  The fibers were quite strong, given the tencel, so I wanted it to have a fairly loose twist.

I ended up with 199 yards at 13 wpi.  It's a little thick/thin, unsurprisingly, but not nearly so much as the BFL, and so while according to my charts it's a sport weight, I'll probably end up using a US 6 or 7 needle, because it is so aerated, and I want to preserve that.
Posted by Nikki Van De Car

Email ThisBlogThis!Share to TwitterShare to FacebookShare to Pinterest
Labels: spinning

If anything, keep those first yarns for decoration, even if you never ever ever knit with them. I have mine somewhere...purple superwash merino. It wasn't horrible and it's useable but it's definitely a "first" yarn.

I took my first spinning class a couple of weeks ago and that looks exactly like mine except in bright purple - like Renee. I'm saving mine also. I've heard that once you get it "right," you have to try really hard to get the thick/thin thing back. I just got my new Ladybug, so I'm hoping I see some improvement in the privacy of my own mistakes.