Hurry Quick Before It's Christmas! 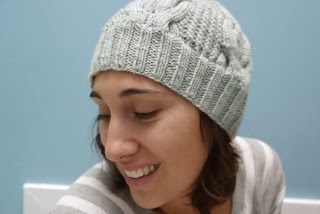 These are two hats.  They are very similar.  They are not for me, and I resent that.

How's that for the Christmas spirit?

Kim Hargreaves' Kat is for my mom, and it is knit in Lorna's Laces Worsted, just a wonderfully yarnish yarn.  And it's such a great mushroom of a hat.  It's slightly less mushroom-y than the original pattern--I got a little freaked out by the descriptions of its hugeness on Ravelry.  So instead I used US 4s for the brim, and cast on way fewer stitches, though I increased back up for the body.  I only worked the body of the hat for one repetition before the crown decreases.  I really like it.  I want it.  But as of tomorrow, it belongs to my mother. 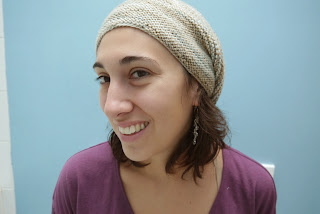 I also want this Rikke, and I confess, I totally wore it out one day.  I was just testing it out for my sister, I swear!

Lucky brat gets Cephalopod Traveller and she doesn't even realize how great that is. I knit this one just as the pattern is written, and actually I think it suits my sister better than it does me.  It's a bit too slouchy for my taste--the weight of the hat pulls it back a bit.  I would work it an inch shorter next time.  And I think I would cast on fewer stitches, to boot.

Because I think there will be a next time.  It's such a good use of hand-painted yarns.  And I might just have to make myself a Kat too.

And with that note of utter generosity, Merry Christmas, everyone! 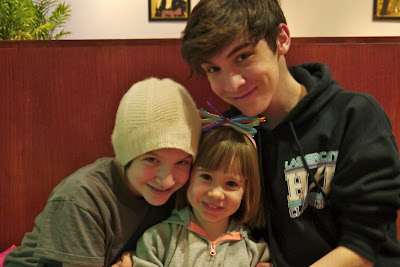 From the mom: The hat is terrific and no, you can't have it.