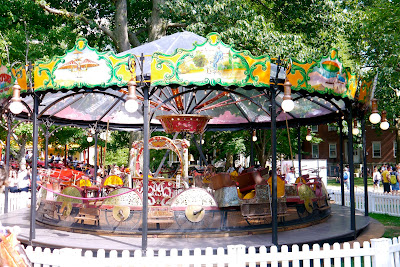 When I first moved to New York, I did cool things all the time.  I went to all those New Yorker festivals, I saw every film premiere I could get into, I saw free concerts and not-so-free concerts, I went to museums and art galleries and readings and plays and and...

...And then, you know, I had a kid and therefore my life revolved around playgrounds. 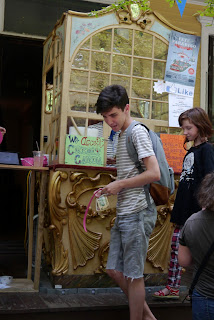 But sometimes my shelved needs align perfectly with the needs of the younger set--like Fete Paradiso on Governor's Island.  Vintage (and by vintage, I mean re-he-heally old) amusement park rides, live music, and a sense of wonder I haven't felt since I went to the County Fair when I was a kid (except this was much cleaner, much prettier, and smelled much better).

Some of the rides were just for display at this point, but many of them were working, including my favorite, a rider-powered velocipede-carousel that was way more of a workout than I was anticipating. 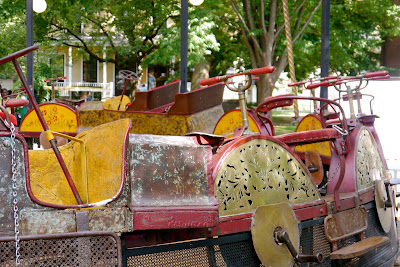 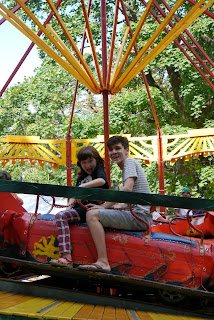 The dragon rollercoaster was a bit painful, according to Toaster and RockNoodle (Willow stuck to tamer rides like the carousel and the baby swings.) 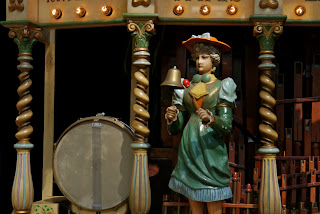 But more impressive than anything were the cracked and eerily beautiful abandoned carousel parts, where you could ride on the back of a dancer, or on a pig, or on what appeared to be a half-Mussolini-half-deer thing. 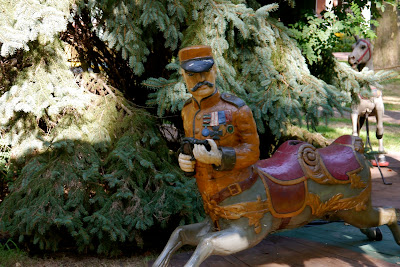 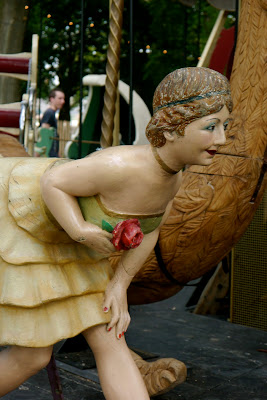 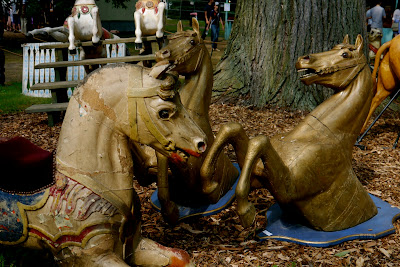 Willow was particularly enchanted by the ball drop, where the mouths moved and dreamy, slightly nightmarish music played. 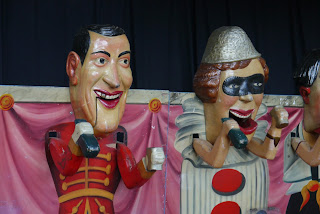 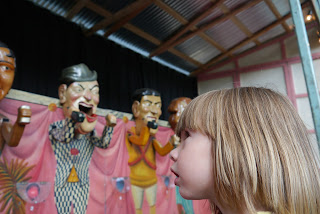 That look, the one of wariness that never goes anywhere near delight, never left her face, but she never wanted to leave them, either.

I didn't want to leave at all.  It was utterly magical, a visit to another time, another world. 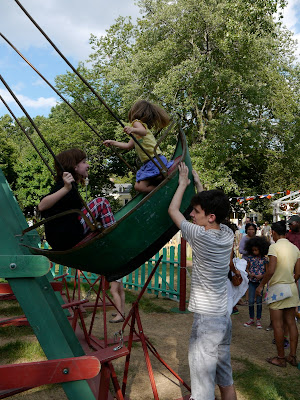