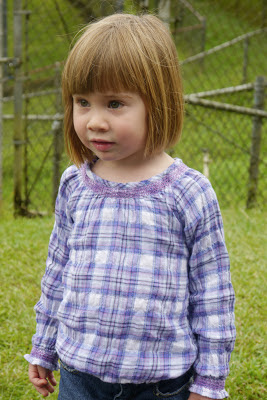 So I was reluctant to write this post, because I figured once I did, the potty-training gods would rain accident over accident down on my hubristic head, but actually that happened this morning just for even thinking about writing it, so what the hell.

I officially declare my daughter potty-trained.* ** ***

Here's how it went.  I thought, with a whimper and a whine, that I perhaps needed to try this potty-training business again now that she's three, which translated into "okay, I'll try it sometime after we get back from Hawaii and before she turns four."  And then I proceeded not to think about it anymore at all.  But then sweet, thoughtful, potty-trained Francie sent Willow owl underpants.  And I was all, "Yo.  That might be the very thing I need."

But even after a couple of days of eyeing the underpants (which were hidden on my dresser, as I wasn't going to give them to Willow until the right moment) I still didn't do anything.  Until one day at lunch, it occurred to me that it was cold outside, I had no plans for that day, or the next, or any day for about a week.  And as I took a sip of my apple cider, it further occurred to me that Willow would probably really really like apple cider.

"Willow," I said casually, because at that moment, it being so spur and all, I really did feel casual, "what do you think about starting to go on the potty?  And would you maybe like some apple cider for a reward?"

"Yes!"  And hop-skippety-jump over to the potty we went!    Woohoo!

I wish--I sooooo wish--I could say it was just that easy.  Although frankly, compared with last time, this did feel easy.  Ish.  At least we didn't have to battle to get her to go--all that apple cider, and that potty dancing that we did, and all those congratulations meant that she would go to the potty without much fuss whenever we asked her to. 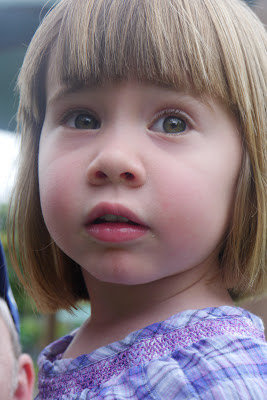 But that didn't mean she was going on her own.  And that didn't mean there weren't accidents.  Despite the relative predictability of the apple cider's flow through her body, and despite all appearances to the contrary, I am not her, and I couldn't really tell when she needed to pee.  Only she could.  And so while she would squeeze a bit out into the potty if I asked her to (and be very proud of herself for doing so) that didn't prevent a great deal of pee ending up all over the chair twenty minutes later.

And I would say, "It's okay," and then chase after her because she was running her pee-footprints all over the house because she thought it was hilarious  to do so.  (Even funnier was the time she ran her poop-filled underpants all over the house, dropping little bits of poop like breadcrumbs.  That one was a barnburner).  And once I finally wrangled her and cleaned her up and cleaned up the mess, she was all "Oooh, yay, I get to pick out a new pair of panties now!  Strawberry ones, Mommy, look I have strawberry ones now because the cherry ones got all wet!  Yay!"

"Yay!" I would say weakly.  "Let's try and keep the strawberry ones dry, okay?  If you have the feeling," and I would point to her bladder, "what do you do?"

"Run, run quick to the potty!"

Only she never did.  Because the fact is, against the advice of all potty-training books and experts, I needed to find a way (without introducing scary retention into her body and psyche) to let her know that accidents are in fact not okay.

I started to get all twitchy.  I started having dreams about taking penguins to the potty--when I was sleeping at all.  I started mentally pleading with my mother to fly out and potty-train my child for me.  I started calculating how on earth I could rope my husband into staying home from work to do it.  I started thinking what babysitting bribes/alcoholic beverages I could offer Buster's mom to get her to do it.  I started think that perhaps I should just pay some professional ungodly amounts of money because I so did not want to do this.

It's irrational.  But potty-training freaks me out, because I just had no roadmap, none at all, for how to get her to take the next step.  And while I would not describe myself as a control freak, per se....I would confess to being a control dork.  I like to collect control and put it in little plastic cases so I can see it and admire it, without necessarily needing to use it.  But the potty-training control action figure was one I didn't have, and didn't have any idea how to get it.

That metaphor probably makes sense only to me and other people who own too many comic books.

And then, one day, out of lack of sleep and desperation, I had my breakthrough.  I said, "Willow, if you can go two days without any accidents at all, I'll take you to the Science Center."

Two days later we were at the Science Center.

And in those two days, Willow started refusing to go to the potty when I suggested it.  Instead, I would turn around and see her running off there herself--sometimes even closing the door in my face.  "I have the feeling, I have the feeling, SLAM!" 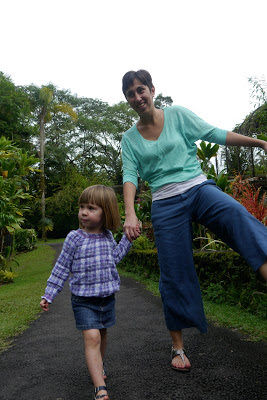 Sooooo....yeah.  I'm still a little twitchy, and can't resist asking her if she needs to go, but I'm sure I'll get over that soon enough.  I still do a little potty dance every time she goes--by myself, since she no longer cares.  But for me, it's something worth celebrating, and will probably remain so for a weirdly long time.

Congrats!!! To both yourself and Willow!!
There will be accidents, and as I remind myself and my 5yo, that's why they are called accidents.
Good luck in the future!