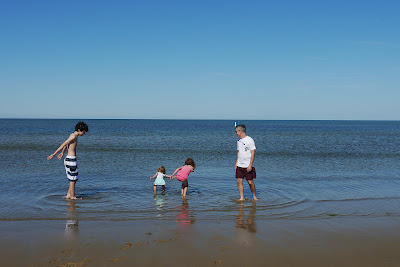 The great thing about Cape Cod is that it often feels as though no one else is there.  Even when people are evidently there--a family a little ways down the beach, the smell of somebody else's grill--it doesn't feel that way.  You feel completely alone in a very big world.

Alone enough to be silly and play and pile sand all over yourself. 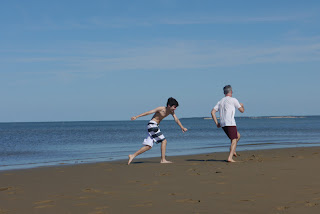 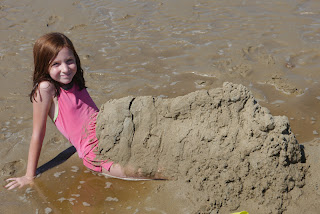 Willow mostly terrorized people with splashing and sand-throwing.  Note how Toaster and I have chosen the exact same position of defense. 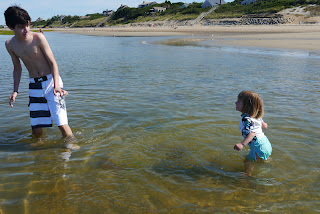 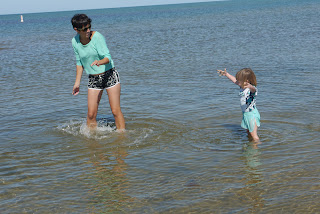 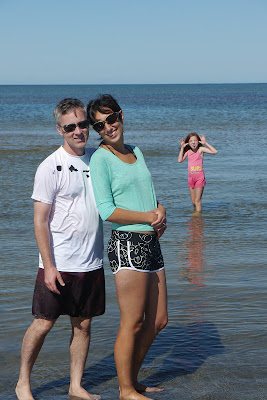 It was actually our anniversary that first day, so here we are in a moment of peaceful married togetherness and solitude.

(Did you know, by the way, that traditional 4-year anniversary gifts are silk, topaz, and...fruit?   We skipped gifts this year, because we can't afford the first two and "Happy Anniversary honey, here have a banana" just sounds wrong.).

More to come...with Francie and Charlie, to boot!