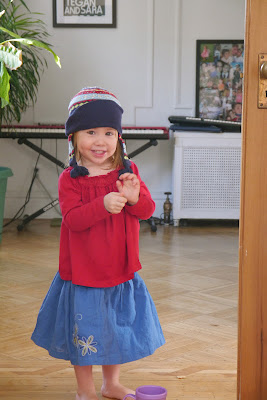 It's been ages since I wrote, but I have a couple of very, very good excuses.  The first good excuse is that I write during naptime...and we have not had any of those.

I didn't arrive at these deathly nap routines out of nowhere--I tried traditional methods first, but she has never ever not once gone down for a nap on her own.  We've had bedtime worked out for ages, but despite all the books saying that the nap would follow naturally, it just didn't happen.  I tried crying it out at naptime last year, to nothing more than tears on both our parts.

But this past week, I decided to try again.  For reasons to do with the second very good excuse, I really really needed some naps, and Willow was just not interested.  So I told her fine, you don't feel like going to sleep, that's your business, but you're going to stay in your crib for an hour and I strongly suggest that you spend that time sleeping. 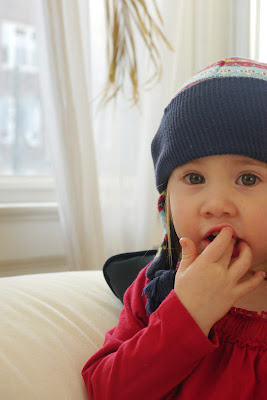 She spent that time screaming.

But on the second day, she spent that time playing.  And while I can't concentrate much during the Screaming Hour, the Playing Hour is a little bit more acceptable.  Still doesn't feel like much of a break, and certainly doesn't provide the rest and relief that a nap does, but it's better than nothing.

Day 3, more playing.  Dave and I started talking about how to rearrange her schedule to accommodate a napless lifestyle, and I tried to convince myself that no naps was a good thing.  More time in the evening!  The ability to go out and do things during naptime!

And then, Day 4, after a particularly zooty and unpromising morning, Willow fell asleep.  Not on her own, mind you, because that would never happen, but during our fifteen-minute story routine that precedes going in her crib. 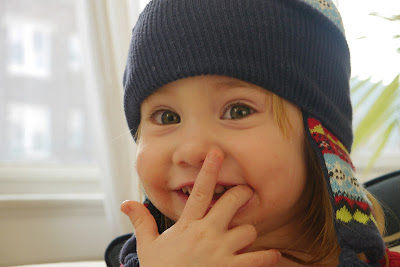 The second good excuse is, as Jody pointed out in the comments, I have a book coming out in the Fall and I've been neck-deep in copyedits.

TALK ABOUT BURYING THE LEAD!

Hey man, as far as I'm concerned, the nap TOTALLY trumps the book.

congratulations! - on the nap and the book. :)

Well done on the single nap! I never got into a routine for long with mine before they's outgrown it.
No spoilers on the book then?

Well...it's a knitting book of patterns for babies. Which is expected. But I hope to have little sneak peeks soon!

Thanks for the link to the pre-order. The word "simple" in the title is what got me...you're speaking my language! Still love your blog, it inspires me, and keeps me smiling with my own 18 month old.