We were supposed to clean the house this past weekend.  Really.  But...we didn't.  We went for a hike at South Mountain instead.  It was a balmy 60 degrees, following a week of significantly cooler temperatures, and at the midway point of our mile-long loop (hiking with a toddler means shorter and slower), this is what we found: 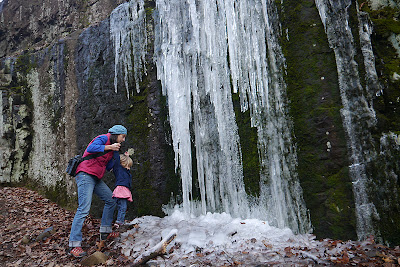 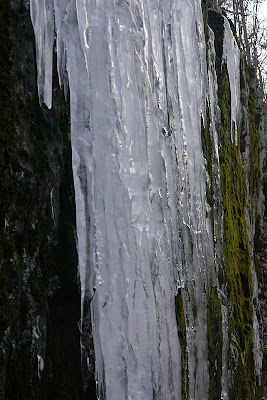 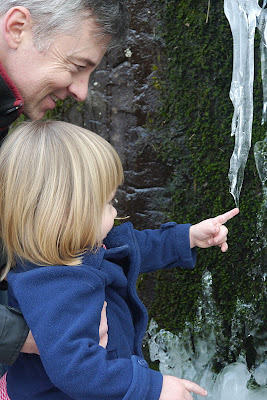 I'm just a poor, simple Hawaii girl.  We have waterfalls, sure, but they don't freeze!  This was, quite simply, one of the coolest things I'd ever seen.  I'd love to see it happen (though I'd venture to guess it takes a while).  Because it was warmer, you could hear--and see--the water flowing again behind the ice.  And a little further along the trail, some real movement. 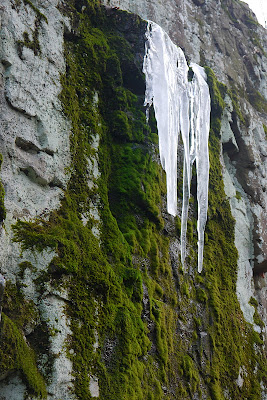 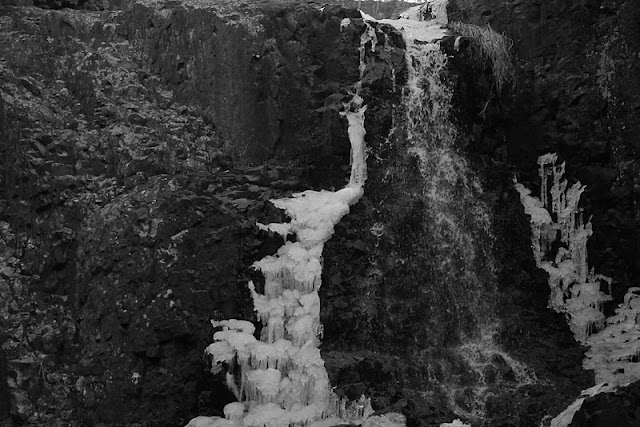 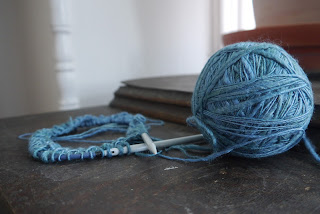 Yeah.  Not much else to say there.

I would like to point out, though, that in the first shot I am wearing a hat.  That I knit.  It is the Star-Crossed Slouchy Beret, and the yarn is Brooks Farm Ellie.  I mention this because I have cast on for this same hat, using this same yarn.  I have knit this exact thing before.  Surely I can do it again.

Nice pictures. We see frozen waterfalls a lot in East TN. We drove up to Sevierville this weekend and we saw some on our way there. It's supposed to get colder over the next few days so I'm sure we'll have more.

That looks gorgeous. I do the hike to those falls pretty often, but I've never seen them frozen over like that. Now I want to skip out of work and go check them out, lol.

Congratulations (Bravo in french) for your patterns, I make now the maile sweater Nikki