Despite the volume of text messages, my mother left out the pre-bath poop explosion, which involved her holding Willow in the air and demanding that my sister wipe her off, because otherwise "poop is going to go everywhere!  Everywhere!"*

And she left out the post-bath "Okay.  See Mommy now."  This was fun, y'all, but where's my mommy?  Seriously.  Hand her over.

And she left out the not-so-great bedtime.

And the fact that she made my sister--on her very last night in town--sleep in the room with Willow, who talks in her sleep.

Instead, she sent me cheery text messages of Willow chasing ducks and holding Grandpa's hand, and saying goodbye to Aunty Hannah at the airport, and then bundled everybody in the car to come join us in Kona for the night. 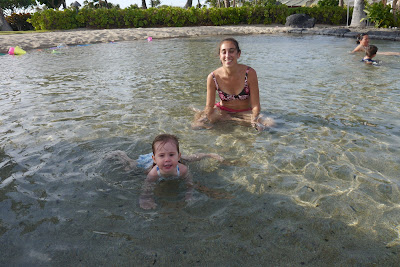 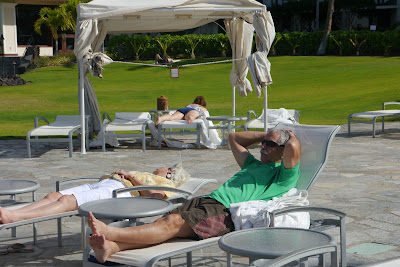 Willow didn't let go of me for the rest of the day, and I didn't let go of her.  She had a great time.  She did, and it was good for everybody, including me, but oy, that was rough, yo.  We plopped her in the pool, which was, by the way, freezing, because Kona was experiencing never-before-seen high winds that were dragging beach chairs across the patio and threatening to blow my child away.  Not that she noticed.  There was splashing to be done.


And my parents napped. 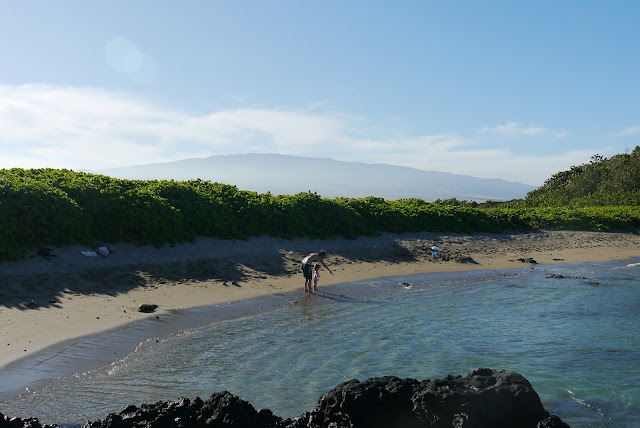 The next day, we hid from the winds in a semi-protected lagoon Dave and I had scouted out during our morning alone, and we played and danced and hugged and splashed. 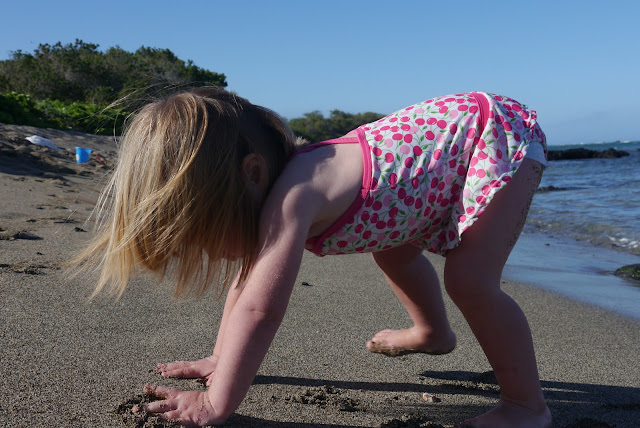 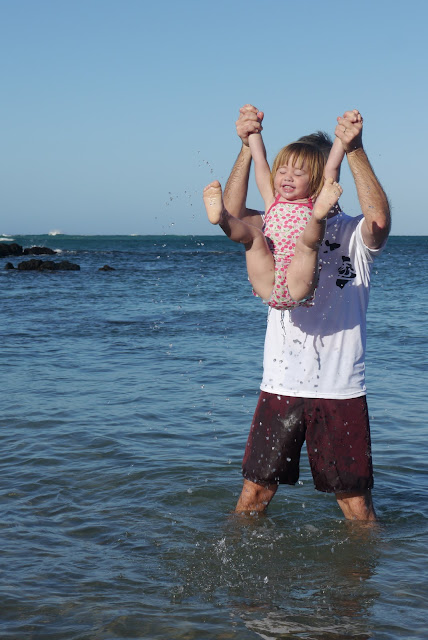 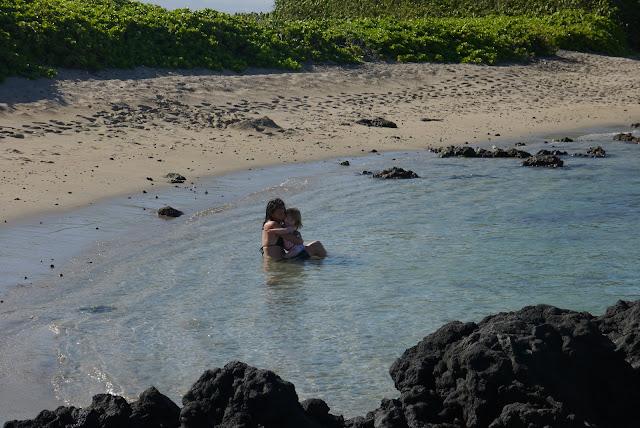 And then we flew home. 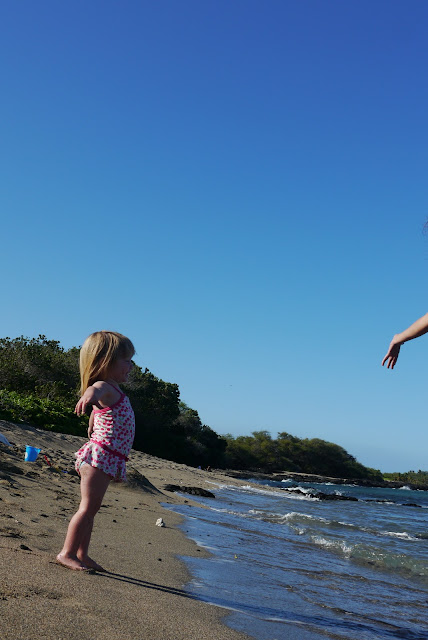 *Oddly, this is a near-exact repeat of an experience Aunty Hannah had with me, in Waimea, as Willow ran through the semi-crowded food court and....dropped her diaper.  With a poop in it.  I gaped after her, and then scooped Willow up under her arms, holding her as far away from me as I could, demanding that Hannah help me.  She's all, "What do you expect me to do about it?"
Posted by Nikki Van De Car

Oh my gosh Hawaii is gorgeous. I have never been and would like to vacation there. Im not sure if I could afford it, I bet it helps having family living there!

Thanks for the lovely inspiration... off to search for hawaii vacation packages now!

CUTE kiddo! Man, she just gets prettier by the day, doesn't she?

I want to go to there. Wow. Not in the budget right now, so I saw The Descendents instead. ;)