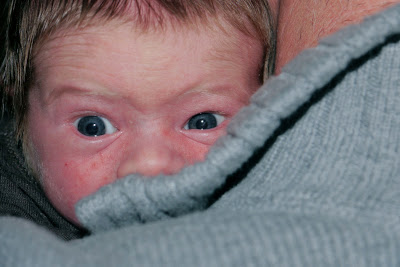 And then we met our new baby cousin Charlie.  He was very suspicious of us.

And we ran around and refused to nap and didn't actually hate our cousin Francie this time around and we went to bed screaming because that's how Christmas Eve should go. 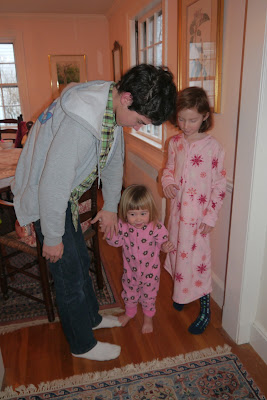 And then we woke up.  And Santa had brought Gonzo.  (There was other stuff too.  But mostly there was Gonzo). 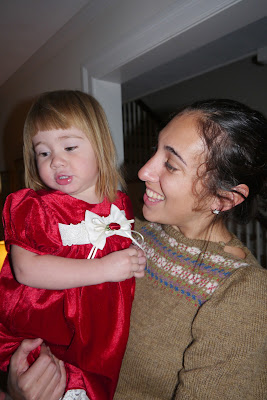 And Mommy finished her sweater (sewing on Christmas Eve and button attached only just before dinner.  But finished!  And more on that later).

And then we crashed and tried to break all the ornaments on the tree and then we were told to go to sleep and since we were very, very tired we agreed.

I forgot to wish you guys a Merry Christmas, so now, Happy New Year to all of you! Kisses to Willow. Vicki and Emily Suan.