Backstory:  About six months ago, I spent a fair amount of time entertaining Willow by writing her name and showing it to her.  "That says Willow.  That's your name."  And about a week ago, she saw a bunch of writing, grinned and pointed to it and said "Willow."  I laughed--it said nothing of the sort, it was a phone number, but it was still pretty funny. 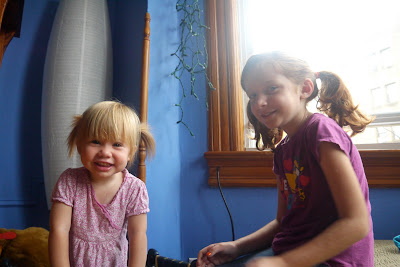 Backstory Part II:  RockNoodle has several items with her name on them (like you do.)  Cups, backpacks, etc.  Willow, unsurprisingly, loves things that are RockNoodle's and is always wanting things that say her name.  And I often point to it and say "RockNoodle.  That says RockNoodle."

Now we are all caught up.  Last night, RockNoodle was writing a bunch of things down on a sheet of paper.  Willow saw what she was doing, pointed, and said "Willow."  I laughed and explained to RockNoodle what that was all about.  She laughed too.  And then she took a fresh sheet and wrote "RockNoodle."  She held it up to Willow.  Willow glanced at it, started to say "Willow," then stopped.  She took a closer look at it, and then very clearly said "RockNoodle."

If I hadn't been standing there, and RockNoodle had only told me about it, I would have laughed and said "that's awesome," but I wouldn't have really believed it.  I'd have figured it for a fluke, or a coincidence.  And even having been witness to it, I didn't really believe.  Only then it happened again.  RockNoodle, flushed with power, tried again an hour or so later.  She wrote a bunch of random stuff, was told she was writing "Willow," and then wrote "RockNoodle."  Willow read "RockNoodle." 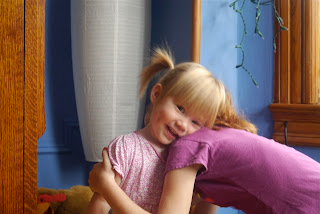 Dudes.  My baby is a freaking genius.

(Interesting, isn't it, that she can read RockNoodle's name but not her own.)

Time is flying by, way too fast! Before you know it, she'll be a little girl and not a baby. If you know what I mean.