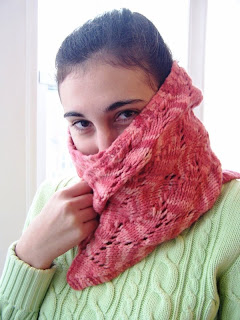 For the love of God, a finished object! I almost can't believe it!

I've been in this slump where I've been knitting and knitting, and it's all been going into the knitting vortex, and nothing has been completed (part of the problem has probably been that I have five or six projects going at once).

But! I have finished something! Granted, it's the simple scarf on Size 11 needles, but it's done! Hallelujah!

Since, obviously, I used a lighter-weight yarn than was called for, I ran the scarf through the washer, and felted it very lightly. 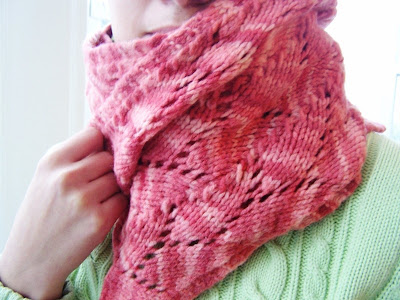 The stitch definition is still basically visible, as you can see, but it feels softer and a bit bulkier, and best of all, doesn't roll at the edges! I'm quite pleased with the experiment.
Posted by Nikki Van De Car