It Kind of Blew

So I was sick as a dog all weekend. Lovely.

It's been a stressy time (house, election. election, house) and I respond to stress in an extremely helpful way: I get a migraine.

My migraine arrived in full force on Friday morning (it had been giving off warning signs since Thursday morning) and is still with us today. I have been able to do very little (apart from an ill-fated dinner trip to the city that meant narrowly avoiding vomiting on the PATH train and having nice strangers offer me seats and mints) but knit. On Friday I finished Swell (knit with Berroco Pure Alpaca): 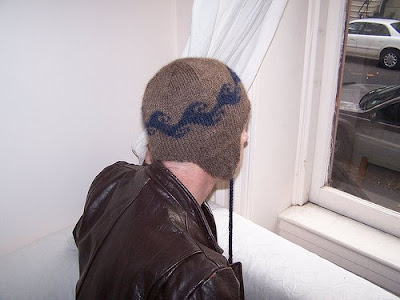 I had the same problems other knitters had, went up to Size 7 needles and still had to rip back and make the crown bigger, but whatever--I loved knitting this hat. I've been irrationally scared of colorwork, and this seemed like an easy way to dive into it (while also being a nice hat--Toaster will like it, yes?), and it was fun! And easy! I'm planning on trying Eunny Jang's Venezia pullover as my big dive-all-the-way-in colorwork project. Which ought to take care of the whole fun and easy thing. 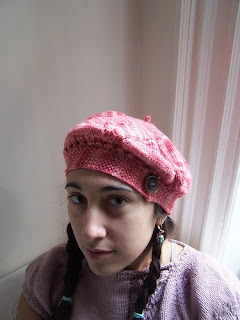 Size 7 needles, Silver Moon Farms Merino Worsted in Rose. I like this yarn every bit as much as I thought I would. It knit up a little stiff, but relaxed immediately when swirled around in warm water a bit, and is still so squishy.

And I love the hat. 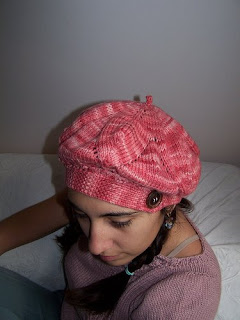 It's just this side of too-too cute, it's fun and I genuinely liked knitting the band (though it did take a while).

So one would think that all this time to sit and knit would be great, hooray, what fun, surely your headache can't be that bad, can it?

Well, for one thing, it was Halloween. I so completely was not up for trick-or-treating/chit-and-chatting, but I did get the kids ready in their Costumes of Awesomeness:

Toaster, though he has seen neither play nor movie (I think he just likes the aesthetic) was The Phantom of The Opera: 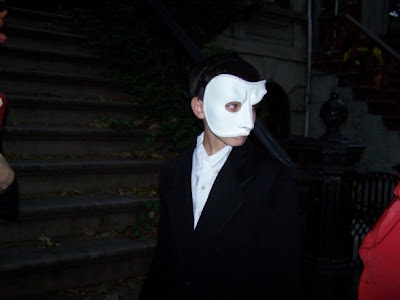 Dave has this awesome old-timey jacket, and he's wearing that. He smothered makeup under the mask (lips going way up the side a la Michael Crawford) and was definitely more recognizable than his sister: 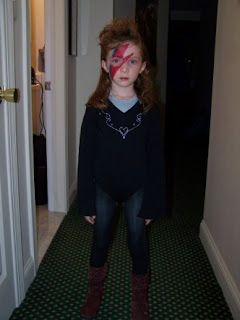 Or so I'm told. I hid at the back of the house, and half-heartedly tried to eat something.

Saturday and Sunday were more of the same (although with Saturday evening's Train Ride of Nausea thrown in for good measure. Poor Indian food, I know it is not your fault) and today, well, I just now have managed to eat lunch.

The migraine will eventually have to go away, because one way or another things will resolve themselves--the election, after all, is finally done (and I have my growler of Six Point's Hops Obama all set for Tuesday night's dulling of the senses), and the house....well.... 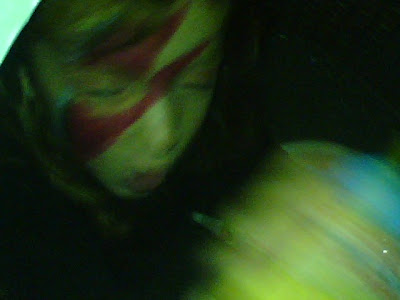