I had the afternoon to myself yesterday. Dave had rehearsal, and I could not get him out of the house fast enough.

"Don't you think you'd better eat lunch? You're going to be late. I'll take care of the dishes, not to worry. Have a great time sweetie!"

I had plans. The plans were me, Maud, Bruce Springsteen, and some Koolaid. 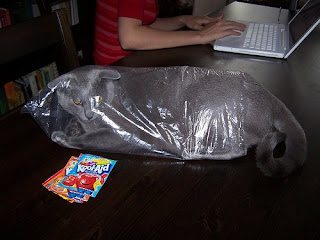 Maud was perhaps not quite so delighted by this plan as I was--but don't you think suffocation is taking it a little far there, little kitten?* Or maybe in her dark, depressive little mind she thinks koolaid=mass suicide. Clearly she spends all day watching Fox News or something.

Once Dave got his slow ass out of the house though, and once The Rising kicked into gear, Maud got more into the operation. She sat calmly and watched, and never once knocked anything over--though she did drink a little. Blech.

I had two skeins of Bare, and two things that I'm obsessed with: Enchanted, and Firefly. 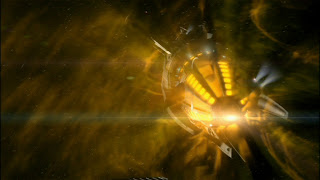 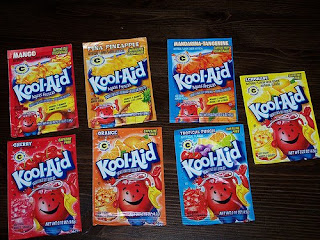 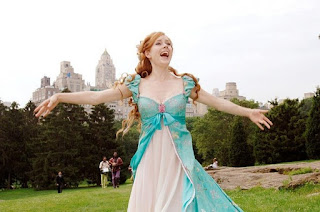 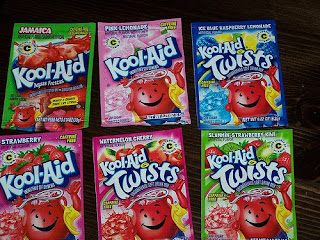 I started with Firefly, as the colors were all relatively similar and, as I'd never tried variegated yarn before, I wasn't sure how much bleeding would be involved.

I can just hear the experienced dyers tsk-tsking. 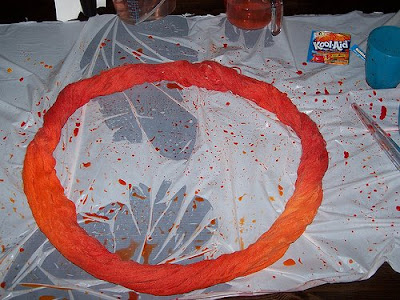 I did eventually get the hang of it. Kind of. The Lemonade didn't show up at all, but the other colors all looked vastly different. The Mango was probably closest to the ideal Firefly color. I found that much squishing was necessary. Just squish and squish until it's all soaked, and then leave it completely alone because if you ever touch it again it'll leak out and the dye will go where you don't want it to.

Enchanted was going to be a little tougher, because here, I didn't want all the colors to bleed together. Or we would just have greyish-purple. Which is not Enchanting at all.

The Jamaica/Hibiscus was a waste. I didn't know what color it would turn out to be, but it ended up a kind of dark blood red--gorgeous, but again, not Enchanting. And also, hello? I'm from Hawaii. I have seen my share of Hibiscus. None of them are blood red. Neither was any Hibiscus Tea I've ever consumed. Just FYI.

The Ice Blue Raspberry Lemonade, on the other hand, was perfect. The exact shade of Giselle's dress. The Strawberry was a bit darker than I'd thought it would be, but it made for some variation, as all the other colors/flavors? They looked almost exactly alike. 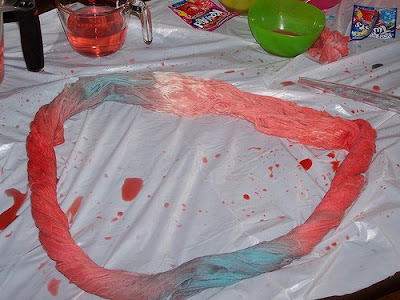 And what did my hands look like at this point? 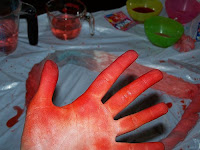 Not good. My hands looked Not Good. After scrubbing, Dawn dishsoap, and scrubbing some more, I eventually resorted to Baking Soda, which did the trick, except for a slightly orange-ish tinge on my nails. I have to keep reapplying the hand lotion, but that's a badge of honor, right?

Anyway, it was totally worth it. I'm hooked. Mess Schmess. 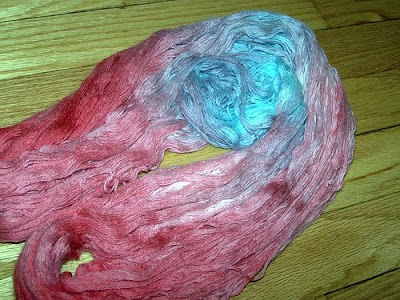 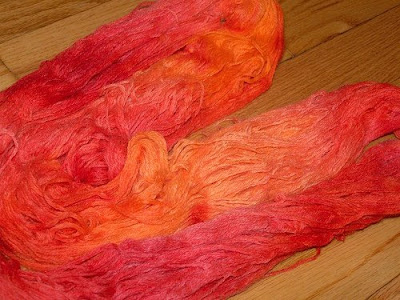 I'm probably technically proudest of Enchanted, as it worked out just as I'd envisioned, and really does look like the dress, but...I'm not Giselle (much to my dismay). I'm not sure I can pull off pink and blue. Well, I'll think of something.

But Firefly I adore. It's so vibrant. The No Socks Rule is out officially out the window.

*Swear to God, she climbed in there her own self. And there's a little tear in the plastic, so she really was never in any danger. (Lest you think we are so heartless that we ran for the camera while our cat was dying).
Posted by Nikki Van De Car