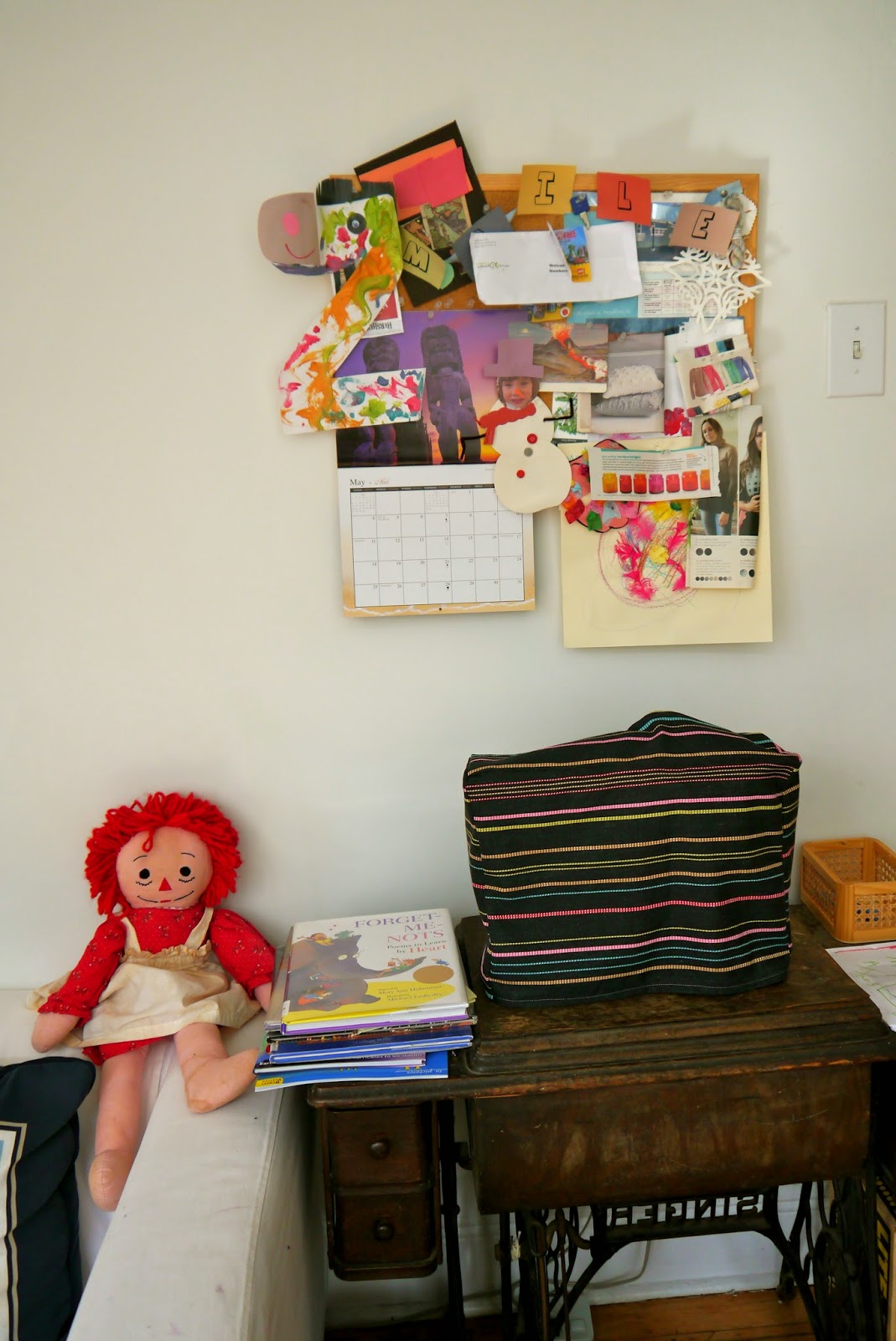 So this is my sewing table.  You can see how very "mine" it is.  But the sewing machine itself is off-limits and no longer covered in a threadbare pillowcase but a sewing machine cover that I made with said sewing machine!  Go me!

(I'd link it, but the free internet pattern I used has disappeared since I used it two weeks ago...) 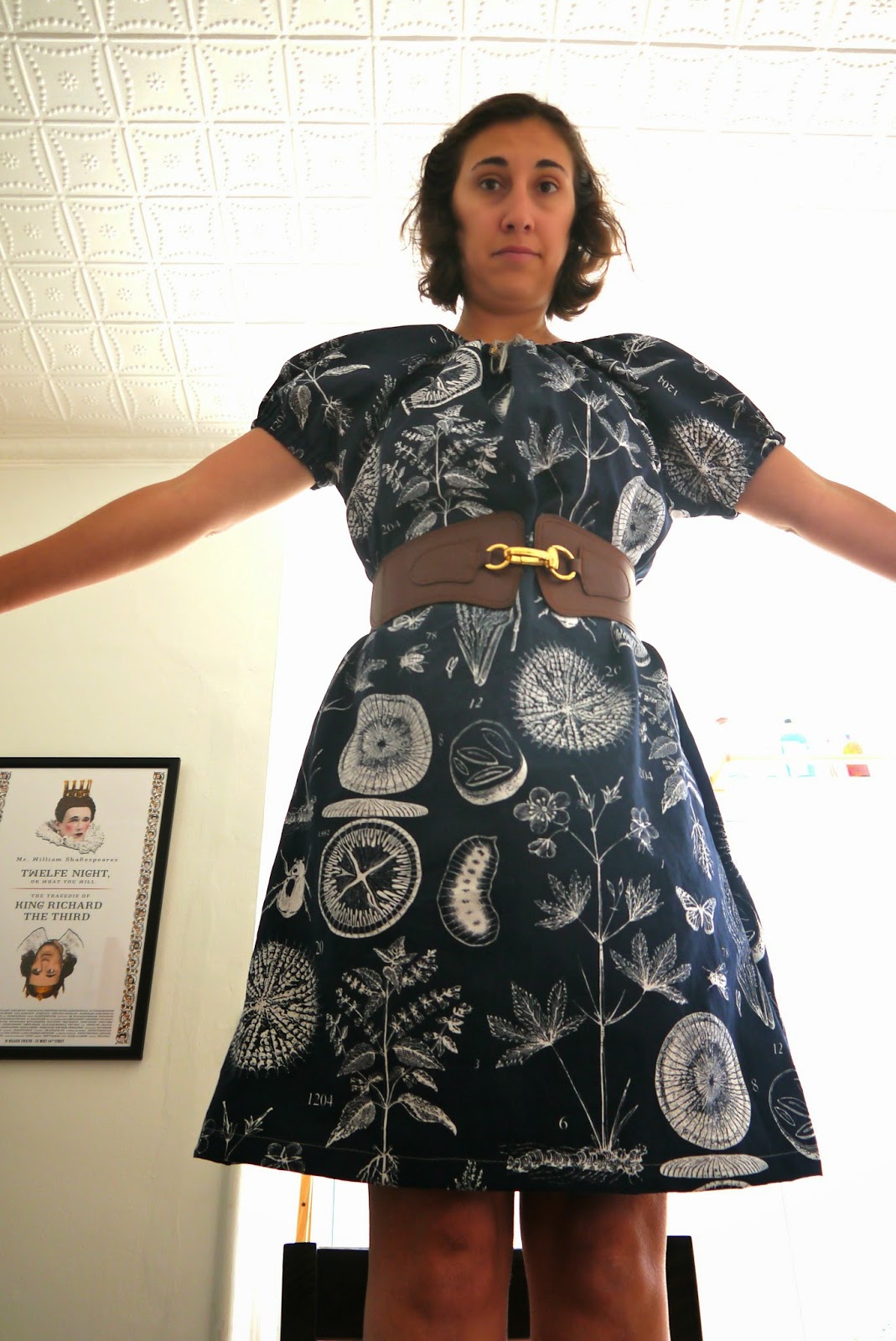 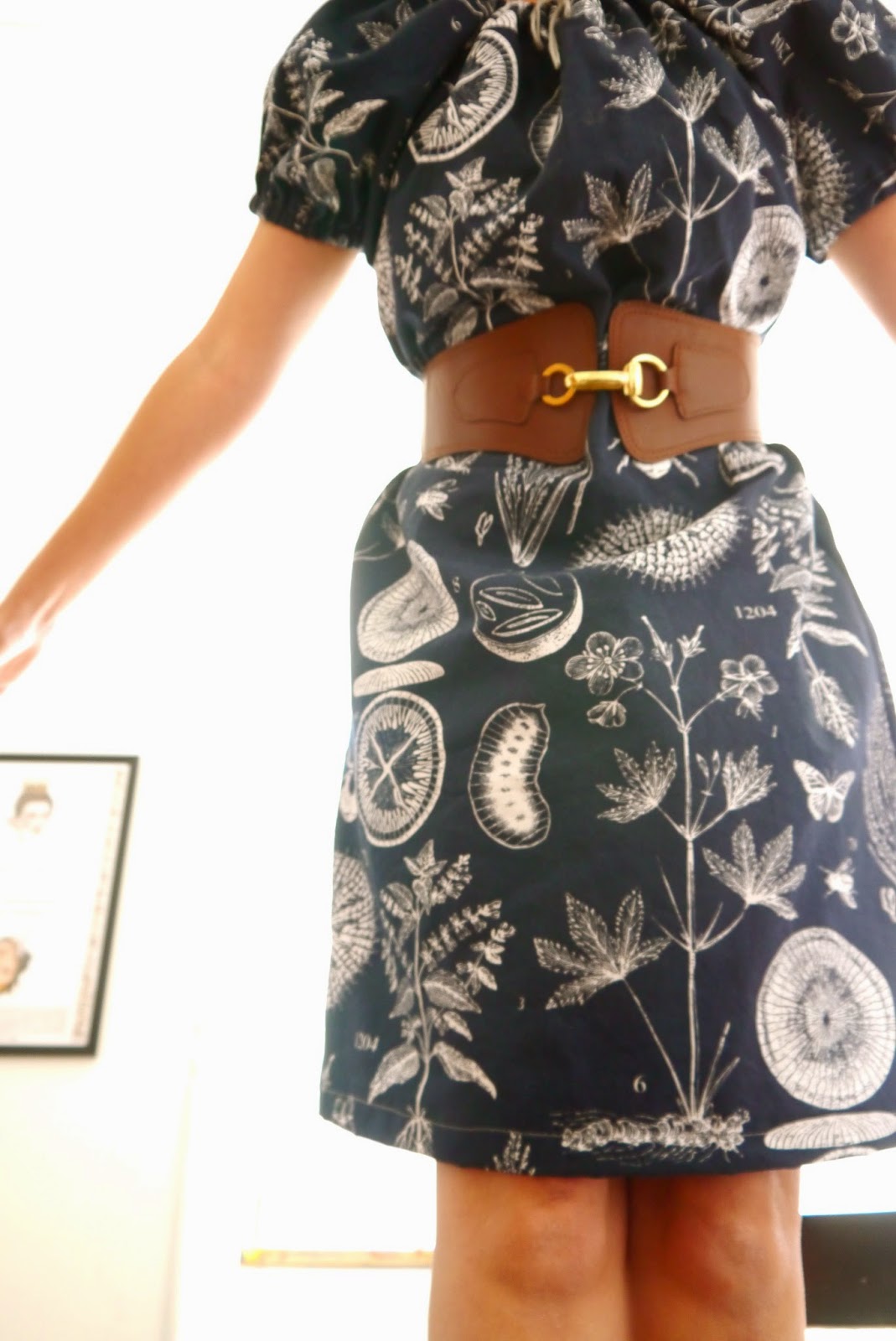 All well and good, right?  But then I had to go and try something much more ambitious...like a dress.  Like this dress, which doesn't really look much more ambitious but clearly is.  Part of it was my fault, because I am teaching myself to sew kind of like how I taught myself to knit.  Fold and iron to mark where to sew?  Wow, that's a lot of effort.  Why not just use chalk?  (I have not yet figured out that this was a mistake, but I probably will in the future.)  The back and the front look pretty much the same.  They must be exactly the same!  I will use just one for both!  (I did very quickly figure out that this was a mistake).

But a little finagling with the sleeves and I fixed it so you can't really tell (really, you can't).  But the dress.  Oh, the dress.  It is awful.  Note my expression on the right there.  Grim, very grim.  But then...I looked at the pictures and I don't know, it kind of grew on me.

I don't have any pictures of me in the dress sans belt.  Nor will I.  I am not a masochistic blogger.  But with the belt..it's okay.  Not, you know, awesome by any means, but I do still like the fabric and sure, it's kind statement-y and I have to be feeling extra unselfconscious on days I want to wear it, but... 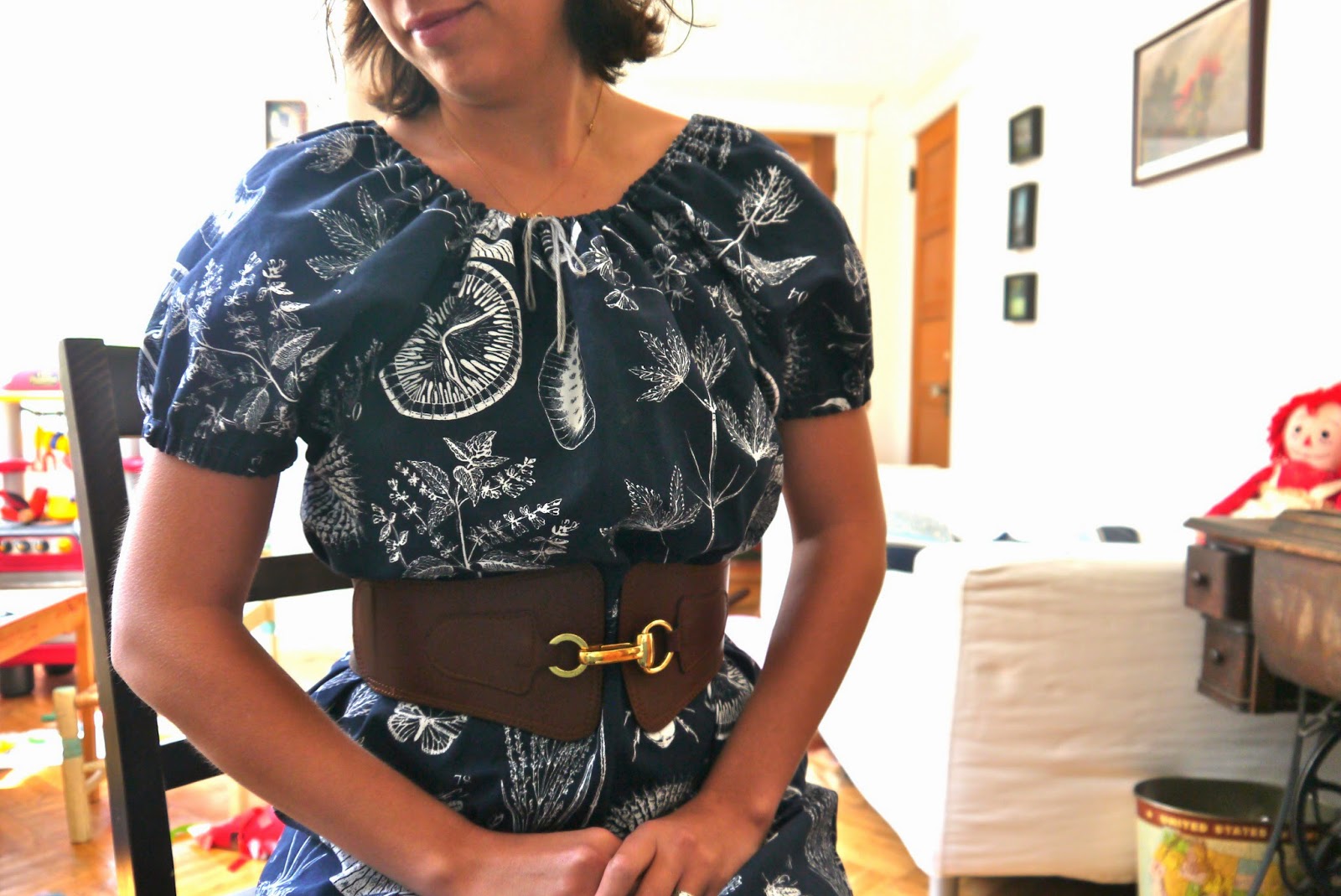 Email ThisBlogThis!Share to TwitterShare to FacebookShare to Pinterest
Labels: sewing

I don't think you'll regret ordering from the designer. For me, it was a very smart decision and I am so happy that I did it. Weddings are expensive enough!

That is amazing design you wearing, I think it is you own creating that is very good. For the best sewing have to knowledge what you are going to sewing. go here