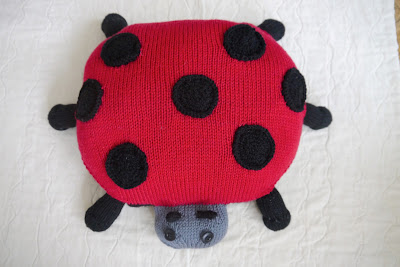 I made a pillow pet.  I made it out of Rowan Cashsoft DK, and while making all those circles took quite a long time (and I wouldn't judge anyone who decided to make felt circles instead, but I wanted to be completist)


I'd say that overall, making a pillow pet was way less of an ambitious project than I thought it would be, and I'm rather pleased with the result. 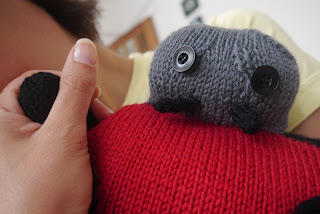 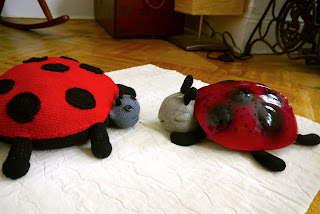 It has a brother named Twilight Ladybug who casts freakishly large stars on our ceiling.

And between it and the Ladybug Sweater I might just as well name this next book "What To Knit For A Ladybug." 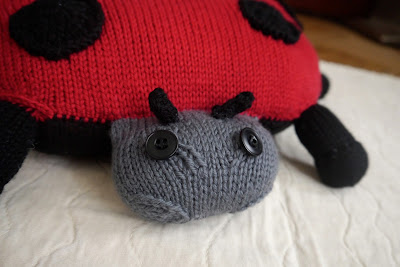 The eyes are a little demonic.  Try to look past that.