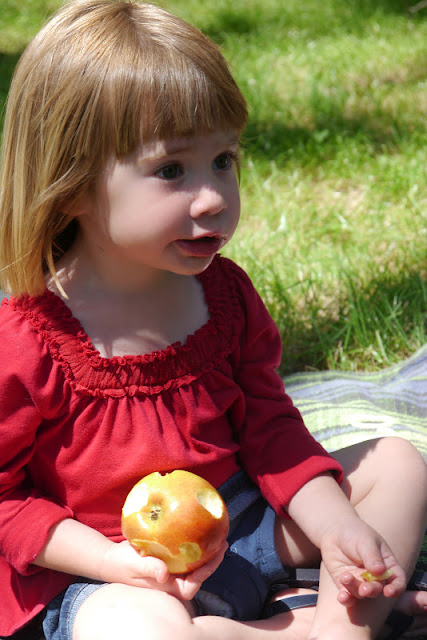 I feel like I sat down yesterday, saw that I'd posted on Friday, and said "whew, thank goodness I just posted because it's too hot to talk about anything anyway."

That was on Monday.

On Monday we did laundry, played in some sprinklers, and were hot.

On Tuesday, we went to a local pool, splashed around a great deal, went into the city in the afternoon and played in the really quite disgusting (but if you're Willow and not so aware of your surroundings it's oh so fun) Washington Square Park fountain complete with homeless people, babies, sunbathers, hipsters, and floating band-aids.  And we were hot.

On Wednesday we played in some sprinklers, drank some lemonade, were very, very hot, lit sparklers (aka star sticks) played Scrabble (an event which is probably never to be repeated, since I trounced Dave so very heavily that he didn't speak to me for the rest of the evening), watched the fireworks on TV, and hoped never, ever to have to listen to whatever that frighteningly awful Lee Greenwood song was again.

On Thursday we abandoned the child with a babysitting share and cleaned our house and were very, very, oh so very hot.

Tomorrow I'd like to be cool.  And do something fun and not gross.
Posted by Nikki Van De Car

Yeah, good luck with that. :/ It's hot as hell here, too, and it looks like there's no end in sight... we still have to get through the weekend, with 100+ temps on Saturday.

But think of it this way -- you're not 28 weeks pregnant. :) I've just been staying inside with the A/C on. My 2.5 year old is dying to get outside, but I just can't do it before 6 p.m. Aren't kids amazing, with all this lack of awareness? (LOL at the floating bandaids)