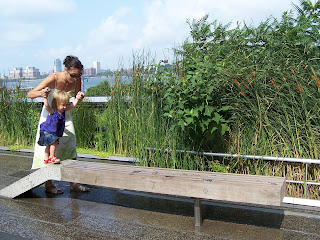 Yesterday I turned thirty.  I'd been dreading it for the past year or so--the first time I've ever dreaded a birthday.  Oh, I made a bit of a fuss over 25 ("quarter of a century, makes a girl think") but honestly, most of the time I still feel like a fresh out of college young'un.

Maybe that's to do with how much older my husband is, I don't know, but I always have felt very, very young.

Thirty, though.  Thirty is not young.  I remember being horrified when my older sister turned thirty (sorry, Pua).  It was SO OLD.  How could my sister be so old? 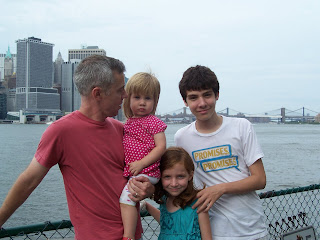 I always thought I would be more settled by the time I was thirty.  Have life figured out.   And I know that a good marriage and a growing child and two even more growing stepchildren add up to a pretty freaking settled existence, but I guess I thought I'd have....a job.  Even, dare I say it, a career.  I never thought I'd be a stay-at-home mom.  The thought just never even occurred.  Friends, knowing my love for small-fry and, uh, general single-mindedness, gently suggested that perhaps I might want to consider that, but I shrugged them off.  Figuring that even if I wanted to after having a child, it wouldn't really be an option, plus I'd be bored being home with a kid all the time, and hadn't I deliberately gone into a field I cared about, one that didn't pay much but was doing something valuable?  Helping books go out into the world!  What could be more important!  What could matter more?

Of course, I quickly found out that it didn't matter to me so very much.  I cared about my authors, about my books, and about many books that the people I worked with represented.  But let's face it, the reason you can't find anything you want to read is because crap gets published, and really good books can't get onto a bookshelf.  And going to work every day was depressing.  And then sundry not entirely relevant details later, and I suddenly found myself with a baby, but with no job. 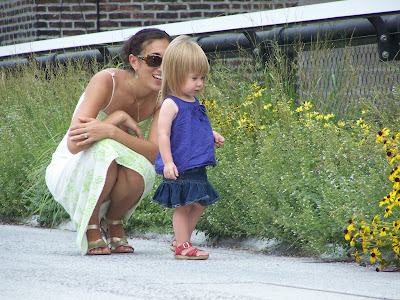 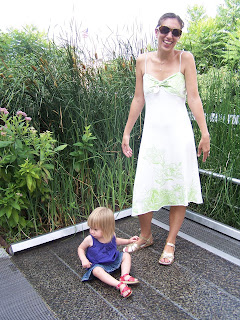 And I love it.  Let's not kid around, it is boring, and it is financially difficult, but it is by far the most rewarding job I've ever had (and I went through a bunch of 'em pretty quickly for a while there).   I'm on the right path.  I intend to stay on this path for as long as I can.

Cause it's just so much fun.
Posted by Nikki Van De Car

Nikki, Happy Birthday! Best wishes to you - I hope you had a nice celebration!
And let me tell you - feeling "settled" is not a matter of age or life situation! (Or at least not for everyone). Even though I have a family, two growing kids (the younger is a month older than your baby), a house, and a more or less successful career, I still constantly feel like a young girl out of college, who knows nothing about how life "should" be. And I am turning 36 this year :)
I prefer to think that this is a youthfulness of heart and mind :)
So keep it this way, and keep your blog going - love reading your posts. Happy birthday!

Hello!!! I come to your blog because we share the same hobby.... knitting!!! I love your baby vests. Very nice and distinctive weave. I congratulate you. I will continue to visit.- Greeting from Chile...

Honey, if someone told me 10 years ago that at 38 I'd be a SAHM with a grade schooler and infant living in a rental in Pennsylvania, I'd have done a spit-take. This is NOT the future I pictured, and I pictured a lot of different futures. And I don't feel older. I still feel like I'm pretending to be a grown-up, like someone's going to catch me drinking a beer after curfew and call my parents. And then someone calls me 'ma'am' and I think.... Who? ME?

Being Willow's mommy is the most important job on earth right now! What a rewarding time. And Happy 30th!

Ooh, belated happy birthday! You don't look a day older than 22. I mean it. These kids make us young (or feel young in my case, he, he). That and being happy and contented. Enjoy it!