I have stroller envy.

Don't get me wrong--I love my stroller.  For whatever reason, when I was pregnant, I picked the stroller as the thing that needed to be Gotten Right.  Some people obsess over cribs, some people over breast pumps--for me, it was strollers.  I researched, I price-compared, and I finally settled on the Graco Snugrider.  And it's perfect--I wanted something that would work for someone who had a car and so would need a carseat anyway (check), and then had a very lightweight, no-nonsense frame (check.  I hate cupholders and all that business).  And I've taken that stroller everywhere, despite the fact that I have a carrier (that I also love, and more on that another time), because even when it means I have to walk twenty blocks out of my way to get to a subway station that has an elevator, it's my stroller and I love it! 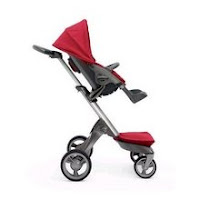 And then I started hanging around Manhattan.  With all the fancy-schmancy moms and their fancy-schmancy strollers, that frankly are so far off my budget that I never even considered them.  But now I feel so inadequate.  Graco?  That's so plebian!  And American!  What about Stokke?  Talk about streamlined--no cupholders on this baby!  And five different ways that the baby can sit--facing you, facing out, lying down, only kinda lying down...craziness!  Totally worth the $1100!  Right? 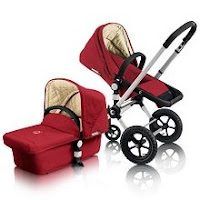 I confess, I don't actually like the Stokke.  I admire it, but it's a little too space-age for me.  But I really do genuinely love the Bugaboo Frog.  It does just about everything the Stokke does, plus it looks kinda like those old-fashioned prams...and it's $300 cheaper!

In looking for ways to make myself feel better about my stroller-poverty, I discovered that people don't like the way either the Stokke or the Bugaboo fold up.  With the Bugaboo, you have to take the seat off before you fold it, and that's apparently a big bummer...but then again, I have to take the seat off before I fold the Snugrider.  And it honestly doesn't seem that big a deal to me, since if I'm folding the stroller, I generally want to take the baby and put her elsewhere, say in the car, or in the house.

One thing I can feel good about is that my stroller, like these, makes the baby face me instead of the outside world.  According to all the literature, that means she'll feel more comfortable, start speaking earlier, develop healthy attachments, and generally grow up to be a better and more productive human.  Except she never looks at me.  Ever.  She is looking off to the side, up at the sky, at a passing car, at the pattern on the seat, at anything except me.  So I guess it doesn't matter what kind of stroller I have, since clearly I will be stuck with a stupid, inarticulate sociopath, and who wants to spend extra cash on them? 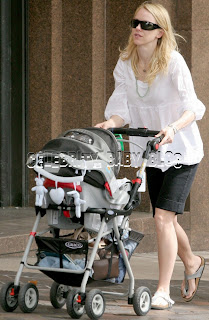 At least Naomi Watts uses the Snugrider.  That's something, right? 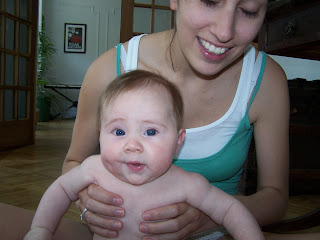 Hee, hee! Love that post! I live in a nice part of Dublin where everyone falls into the yummy mummy category except for me!!! It's bugaboo central, except for me!!!! But, the buggy still works, I can negotiate buses and the baby still gets from A to B very snuggly, so it's all that matters!!! Looking forward to hearing what you have to say on baby carriers, I've tried every one under the sun. I want to be all hippy and use my fabric origami-like ones, but seem to keep on returning to the Baby Bjorn for pure comfort!!!

I have a Uppa Vista and I love it: super lightweight, no non sense and not that pricey but there is no car seat (I do not have a car) but I have to admit I kind of liked the Bugaboo too. Anyway: Uppa Visat won because of the tires who can handle snow a lot better than the Bugaboo ones...

My Darling Sociopath should be the name of your first album.