Though not for my baby.

My friend Irma is due in July (and then she's moving away, which seems very unfair of her), and she sees me knit every day so there was just no way I could get away with the joint office gift off the registry (though I totally looked over the registry and jotted down notes for my own purchases).

It's a tough thing to settle on, though, knitting for a July baby. I ended up going with Katja, knit in Knit Picks Shine Sport in Mulberry. 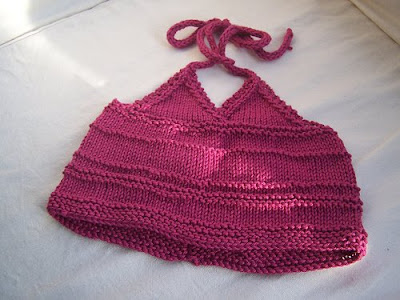 It's such a great little pattern. I love the way it looks on the baby in the photos on Knitty, and while I've never seen it in person, I'm hoping it'll look like that in reality. Anyway, the halter is so Irma, it's not even funny.

But I worried about the little girl getting cold, and while Katja seems like something a baby can grow with, come Fall it wouldn't be very practical. 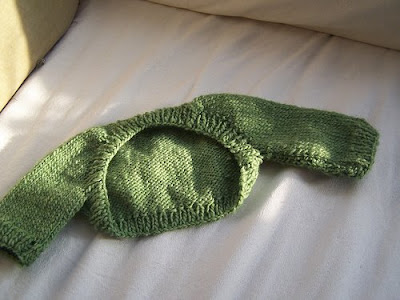 Another sweet little thing, that looks cute on just about every model I've seen, so this should be a sure-fire winner.

I used most of a skein of leftover Mister Joe Blanket, which is smaller in gauge, but damn if it doesn't puff way out. 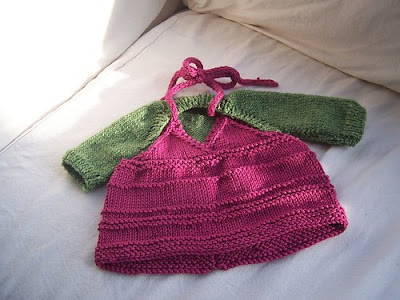 And look at them together--come on, how cute is that? 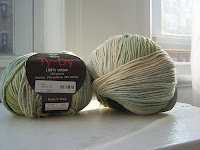 So. At Patricia's Yarns in Hoboken, I got some Ty-Dy cotton, theoretically for a Baby Surprise Jacket, but may perhaps turn into something else, depending. BSJ is nicely unisex, but then that's kind of the problem. 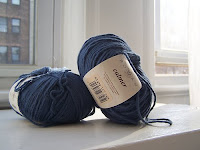 Rowan Calmer, a baby yarn if there ever was one (and I just can't bring myself to buy the REAL baby yarns. Pastel blues and pinks = ew). A sweater of some kind, for sure, and the right buttons could girlify it up, should that be necessary. 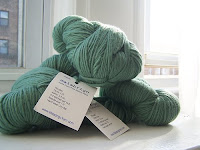 And because I was at The Snow Goose in Milton, MA (which Ravelry seems not to know of), and because they were having a sale, I got some Malabrigo for me--for that Perfect Pregnant Sweater, February Lady.


I am, sadly, sure there will be even more purchases before I start knitting. Oh well.
Posted by Nikki Van De Car

I think that February Lady is a great sweater no matter what and didn't even think of it as a "pregnant" sweater until you mentioned it! I also think this is a great idea for a blog and will probably read you often as while I may NOT be expecting several of my best friends ARE before the year is out.